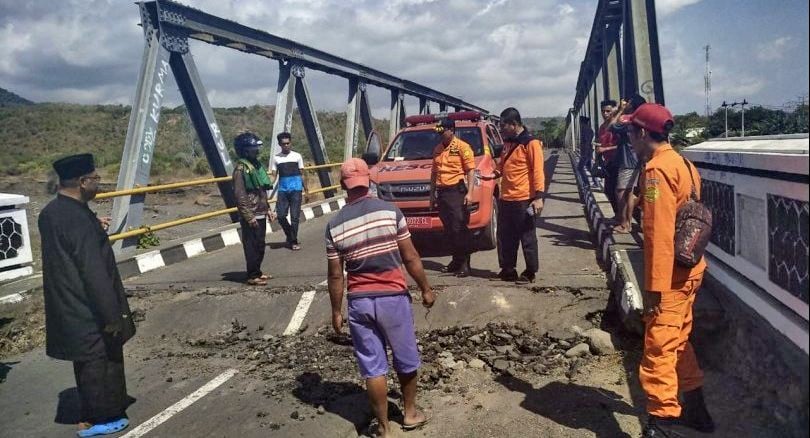 10 people are now confirmed dead with 40 or more injured following this morning’s strong Lombok earthquake. Lombok is an Indonesian island, next door to Bali, although the epicentre of the quake wasn’t near the tourist areas.

The tremor is said to have sent people running from their homes in panic. The initial 6.4 magnitude quake was was followed up by two secondary quakes and many aftershocks. Houses and public roads have been damaged by the quake.

The epicentre is reported to be 100 km from Bali and 50 kilometres north-east of the island’s capital Mataram. No reports of damage or injuries have been reported from Indonesia’s most popular seaside resort island.

Popular hiking trails on the remote Mount Rinjani have been closed because of the potential for landslides.

Indonesia, an archipelago of thousands of islands, sits on the so-called Pacific Ring of Fire, a seismic activity hotspot.