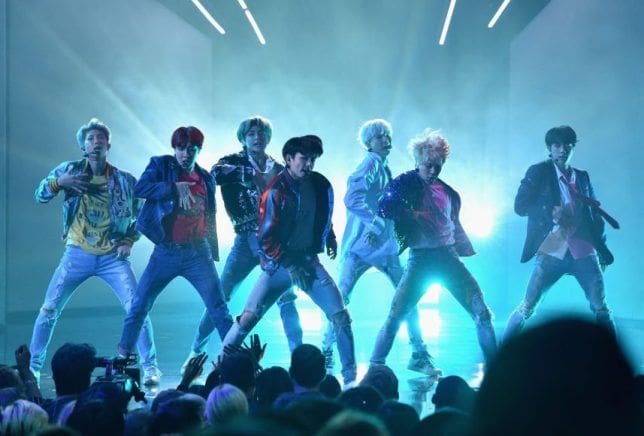 BTS did not attend the first night of the 2018 Mnet Asian Music Awards, but the group’s presence was still felt, as its team swept four awards at the event. The AMAs are being spread across three events in three countries this year.

Held Monday at Dongdaemun Design Plaza in Seoul, the first part of the three-day event saw awards being presented to rookie artists who had debuted recently, which was why BTS did not attend.

The event also recognised the efforts of those behind K-pop groups, including those who have worked with BTS.

BTS also celebrates surpassing 10 million album sales since their debut, just in South Korea: BTS marks 10 million albums sold since debut. The band has also scored two Number One albums on the Billboard Top 200 this year and started to penetrate the US music market.

Bang Si-hyuk, the founder and CEO of Big Hit Entertainment, was named this year’s best executive producer. He was credited for “bringing up BTS with an outstanding capacity.”

Meanwhile, the designer for the septet’s Love Yourself: Tear album, HuskyFox, was recently nominated for best recording package at the upcoming 61st Annual Grammy Awards.

Although absent from Monday’s ceremony, BTS is attending the second and third award events held in Japan and Hong Kong tomorrow (Wednesday) and Friday.