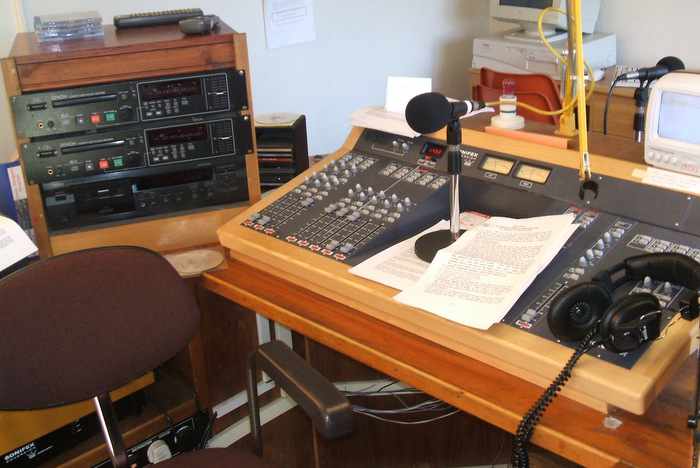 PHUKET: Popular English-language radio stations in Phuket remained off-air today, 27 days since the military seized power and silenced the airwaves with a ban on all private community radio broadcasts.

The ban continues despite the National Council for Peace and Order (NCPO) announcing on Saturday that Voice TV, which is owned by fugitive former premier Thaksin Shinawatra (story here), may resume broadcasting.

However, the proclamation on Saturday came with one guarded condition: community radio stations were allowed to resume broadcasts – but only at the discretion of the National Broadcasting and Telecommunications Commission (NBTC).

“The NBTC committee in Bangkok is now considering allowing private community radio stations to apply to resume broadcasting,” Chief Wanna Sretthapong of NBTC Region 11, which is based in Phuket and covers Phang Nga and Krabi, told the Phuket Gazette today.

Mr Wanna explained that “to be allowed to resume broadcasting” meant “to be issued a temporary permit” on a “trial basis”.

“The permit is to be valid only one year and can be revoked at any time for breaking conditions laid out by the NCPO,” Mr Wanna said.

“I have no idea when the NBTC chiefs will start allowing people to apply to resume broadcasting, but all community radio stations must go through the process – regardless of whether or not the radios stations had operated legally for years,” Mr Wanna added.

Six radio stations, all either government-run or operating under a licence granted by the Public Relations Department, are currently broadcasting in Phuket (story here).

All other radio stations in Phuket remain off-air, despite Commanding General of the 41st Military Circle Peerapol Wiriyakul confirming that none of them were under investigation for the “likelihood of someone talking on-air about the political situation in a way that could cause turmoil” (story here).

The NCPO itself recognized Phuket to be such an important tourist destination that the nation-wide curfew was lifted on the island and in Pattaya and Samui on June 3, before anywhere else in the country (story here).