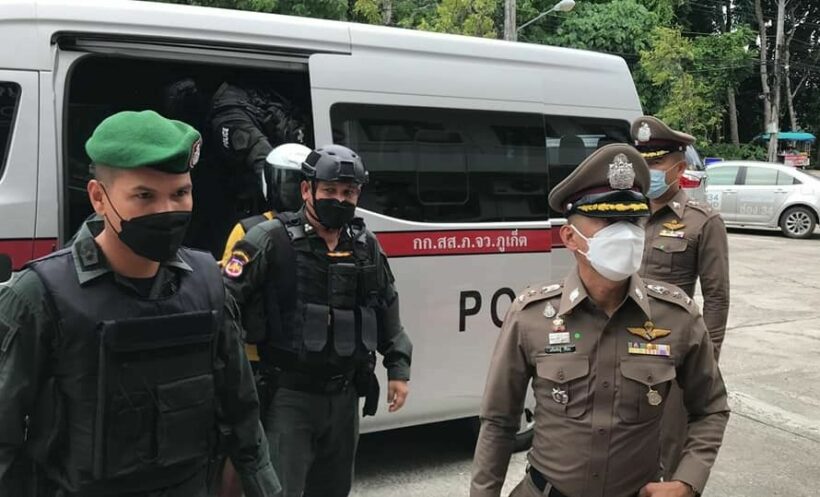 Officials on the southern island of Phuket are pulling out all the stops in a bid to restore tourist confidence, following the murder of Swiss national Nicole Sauvain-Weisskopf last week. The victim, who’d been visiting Phuket under the island’s sandbox scheme, was found dead at Ao Yon waterfall last Thursday.

The Bangkok Post reports that the murder has left local authorities and tourism operators anxious about the fate of the island’s re-opening scheme. Under the sandbox programme, Phuket has been open to vaccinated foreign tourists since July 1. Visitors must spend at least 14 days on the island, at an approved hotel, and undergo multiple Covid-19 tests, before being free to visit the rest of the country.

In a rush to protect the island’s reputation, police managed to find the murder suspect just 2 days after the discovery of the victim’s body. 27 year old Phuket resident, Teerawat Thothip, was arrested and has allegedly confessed to murdering Ms Sauvain-Weisskopf. However, despite the swift arrest and confession, concerns remain that the incident, which has been widely reported internationally, could harm the island’s reputation, and jeopardise the sandbox scheme.

Narong Woonciew, the governor of Phuket, has vowed to increase security for visitors to the island.

“The province and all stakeholders are working together to step up security for tourists. We are thankful to everyone working to restore confidence in the Phuket sandbox scheme.”

According to the Bangkok Post report, Yuthasak Supasorn from the Tourism Authority of Thailand has thanked police for the quick arrest, adding that it’s too early to tell if the incident will negatively affect the sandbox scheme. The manager of Patong Resort, Phurit Matwongsa, says the damage should be limited, given the swift arrest of a suspect, adding that such an incident should never have occurred and preventive measures must be implemented to protect tourists.

However, he goes on to say that the ongoing rise in Covid-19 infections could be proving more of a deterrent for visitors as various countries issue travel advisories against Thailand.

BIGGLES
The TAT, governor and all the authorities know that the Sandbox is not working. You can sense as you read the article, that they are slowly accepting the fact. They will use this situation, to explain  away, the failure of  the…

NCC1701A
"Welcome to Thailand for your romantic honeymoon. This SWAT team will follow you everywhere you go, including on the bus ride back to Bangkok. Only 4500 baht per day plus their food."

Soidog
3 hours ago, BIGGLES said: They will use this situation, to explain  away, the failure of  the Sandbox. Yes I agree. It sounds terrible to say it, but this is perhaps a blessing for the people with the Sandbox idea. They…

PapayaBokBok
Drop all the BS hoops to jump thru and I'll book my flights tomorrow, as Ive been waiting for months.. ASQ-Ins-Tests-COE-etc....Id even ASQ up north in CNX if you just let me fly directly there....Im vaxxed Wondering about where the…
Anhlam78
10 hours ago, BIGGLES said: The TAT, governor and all the authorities know that the Sandbox is not working. You can sense as you read the article, that they are slowly accepting the fact. They will use this situation, to…