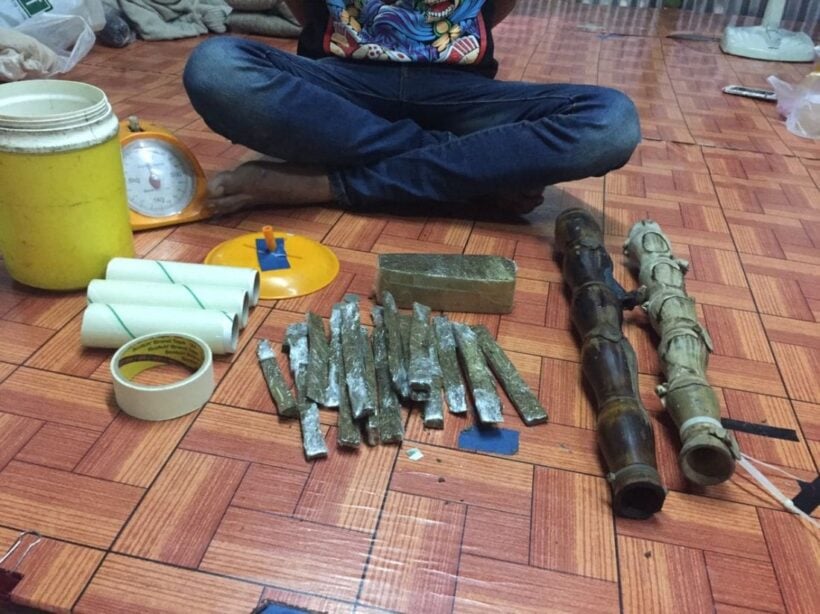 Officers have arrested four suspects and seized two illegal guns, 26 bullets, 319 methamphetamine pills and half a kilogram of marijuana in Chalong.

And finally, police have arrested 25 year old Padungchai Paitong. Police seized 464.9 grams (half a kilo) of marijuana. He has been charged with illegal possession of a Category 5 Drug with intent to sell.

All were taken to the Chalong Police Station for processing.