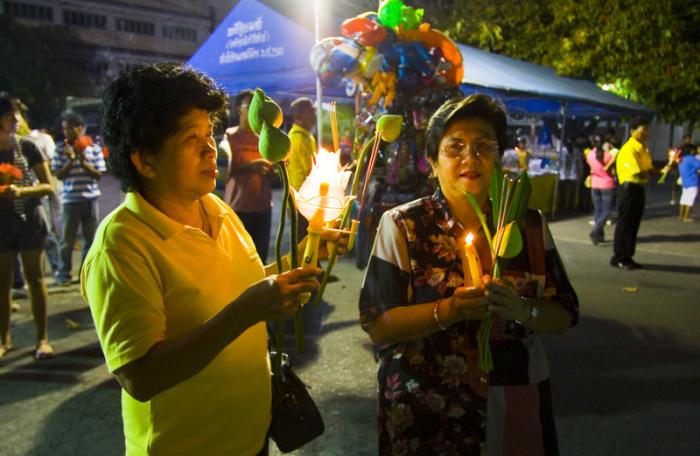 PHUKET: A nationwide ban on the sale and purchase of alcohol will be in place for 24 hours on Monday out of respect for Makha Bucha Day.

“Letters will be sent to night entertainment business operators to inform them of the ban,” Peerayuth Karajedee, Phuket Provincial Police deputy commander, told the Phuket Gazette this morning.

“According to trading laws, entertainment venues cannot sell alcohol after 1am Monday, which means that the ban will run through until Tuesday morning.”

Anyone caught breaking the ban faces a prison sentence of up to six months, a 10,000-baht fine or both.

“Patrol police will be sent out to check on entertainment venues as per usual. However, I believe that Thai people, alcohol retailers and night entertainment venue operators understand that the sale and purchase of alcohol is prohibited on this special day,” Col Peerayuth said.

“We don’t see the need to send out any other special forces on Monday. However, if anyone sees shops selling alcohol during the ban, please inform police in your area.”

Makha Bucha Day marks the significant day nine months after the Buddha’s enlightenment, when 1,250 disciples arrived unplanned to meet him. The Buddha ordained them and passed on to them the main precepts of Buddhism: to abstain from evil, to do good and to purify the mind.

Many Buddhists in Thailand will make merit and follow the five Buddhist precepts for laymen, one of which is to abstain from alcohol. There will also be candle-lit processions at temples throughout Thailand to celebrate the holiday.