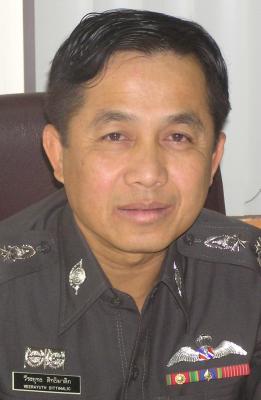 PHUKET (The Nation): Revelers will have to watch out where they hurl water during Songkran next month because local authorities plan to designate specific areas for their antics. “We will ensure that the revelers have fun while observing laws and safety rules,” Phuket police chief Pol Maj Gen Veerayuth Sittimalic said. The proposed free-for-all zones are Saphan Hin in Phuket City, Patong and Nai Yang Beach. Gen Veerayuth said the plan was in line with a recent Cabinet resolution that bans water-throwing on main roads – an activity blamed for many road casualties. The Songkran festival is traditionally associated with water, and some participants celebrate by throwing large amounts of it at strangers. Napasorn Kakai, of the Phuket office of the Tourism Authority of Thailand (TAT), told the Gazette that she agreed with zoning at Songkran because it could help to decrease the number of injuries and deaths on the roads. “Songkran is traditionally about having a water blessing from the elders and to let them says good luck, but these days it’s a big water fight,” K. Napasorn said. “I think it the good idea to have zoning. Foreigners and tourists can join in safely, without driving or riding motorbikes around.” However, Bangkok Senator Damrong Puttan expressed concern that the water-throwing zone policy will be hard to implement because it goes against recent public habits. “To me, it is not going to work,” he said. Sen Damrong recommended a public-awareness campaign promoting the idea that wild throwing of water was not the key to the Songkran festival. He said the festival used to feature gentle personal exchanges of water, with younger people pouring small amounts into the hands of seniors and asking for blessings.

First round of zoning hearings completed