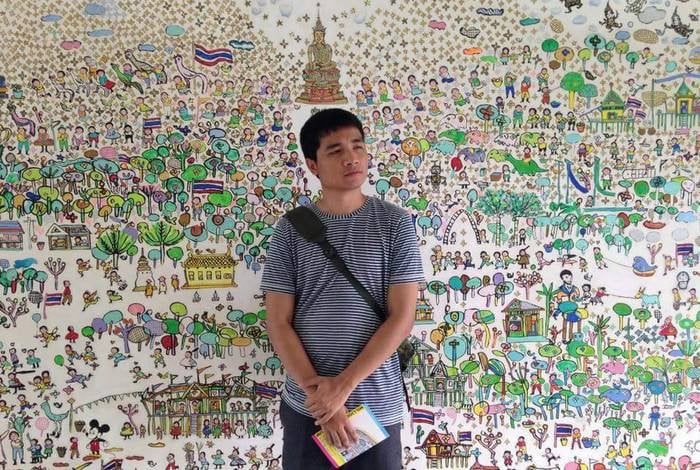 PHUKET: A 10,000-baht reward has been put on the head of a man who left hundreds of tourists stranded on their holiday, and is now wanted for allegedly defrauding a Phuket tour company of about 1.5 million baht.

Peerapat ‘Deer’ Singhon, 25, was working as a freelance sales representative for Phuket Diamond Tours as he sold extraordinarily cheap holiday packages through his website Phuket Reviews.

Concerns of the alleged fraud first surfaced after about 100 customers booked tours to Phuket and Phang Nga through Mr Peeraphat’s website, believing they had booked their tours with Phuket Diamond Tours.

However, nno services were rendered and the clients were left abandoned at the airport, leading them to file a complaint to the Ministry of Tourism and Sports (MOTS) Phuket office.

“I was alerted to the issue last week, when I received a call from MOTS Phuket director Santi Pawai about customers filing complaints, claiming that they had been cheated by Phuket Diamond Tours,” said the 27-year-old owner of the company, Arinrada Sirirak.

“Phuket Review was run by Mr Peerapat. We are innocent. However, we are looking at what we can do to help the tourists.”

“He was a younger fellow undergraduate at the university where I studied, and at the beginning we saw no issues,” Ms Arinrada said.

“He had been with us for only about a year, but once he started to understand the business, he made his own sales material and provided very cheap packages in our name. He eventually had customers paying directly into his bank account.”

Ms Arinrada went on to explain that the tours offered by Mr Peerapat were nearly half-price and included additional services, such as two nights’ stay at a four-star hotel, free transfers and a day trip to Koh Tachai.

One settlement meeting between 30 customers and the company was held last week. Another one to be led by Mr Santi will be on April 7.

“They may very well get free tours, as they had paid Mr Peerapat,” Mr Arinrada said. “He is ruining my company and my family’s reputation. We established this company about four years ago and we have worked hard to build it – I will do whatever it takes to bring him to justice.”

Ms Arinrada last week filed a formal complaint to Phuket City Police and Wichit Police. Police have since issued a summons for Mr Peerapat to present himself by April 7.

Police believe two more people were involved in the scam. However, their names have yet to be released.

“I am sorry for the customers, but I hope they understand that we had nothing to do with the packages sold by Mr Peerapat. He was paid by them directly, our company was never paid,” Ms Arinrada said.

“I have no intention of taking any tour bookings while this case is ongoing. I recommend anyone wanting to take an island tour to contact Love Andaman.”