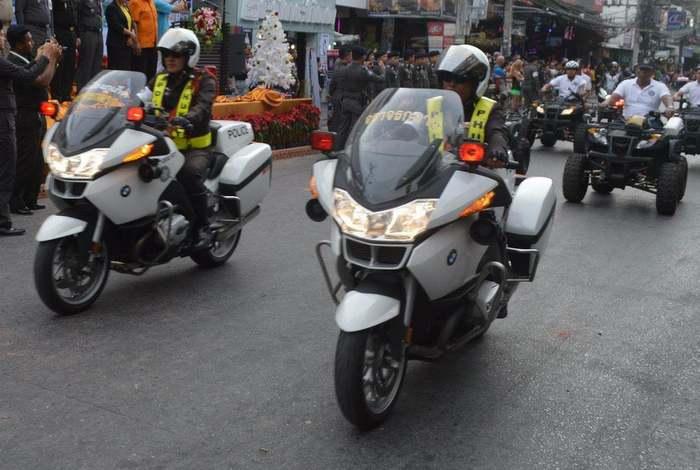 PHUKET: Boots hit the ground in unison on Tuesday as Phuket police officers paraded down the island’s premier party destination, Soi Bangla, to boost tourists’ confidence in public safety during the holidays.

“Police must remain vigilant throughout this time. The high season of Phuket is in full swing as we celebrate Christmas and New Year – both of which are celebrations that could attract criminals to our island,” said Phuket Provincial Police Deputy Commander Peerayuth Karajedee.

“In order to further boost crime prevention efforts, police, military personnel and police volunteers will be patrolling tourist areas to ensure the safety of locals, expats and tourists.”

Security measures had already been boosted throughout the island following Russia’s Federal Security Service (FSB) warning that Islamic State (IS) terrorists had been dispatched to Phuket (story here). The news was leaked in a memo last month, but failed to impact Phuket hotel occupancy numbers (story here), some say.