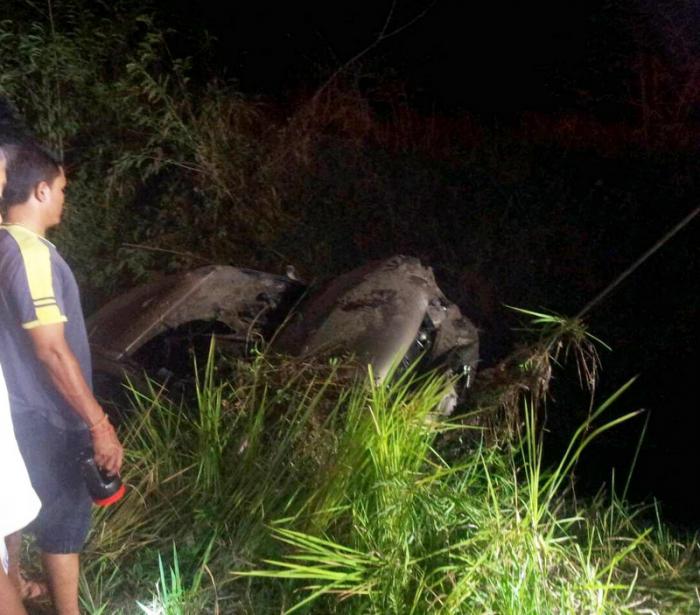 PHUKET: A man who sped through a police checkpoint early yesterday morning was seriously injured after crashing his pickup truck into a roadside ditch while trying to escape Phuket police officers.

Ekkapot Fungwittaya, 27, charged through the checkpoint, near the Thalang Health Center on Baan Reang Road in Thalang, just after midnight.

“After several kilometers of pursuit, Mr Ekkapot made a sharp left and crashed into a ditch near the Sakoo Health Center, south of the airport,”said Col Prakob.

“He hurt his back in the crash and could not flee the scene. He was rescued from the truck and taken immediately to Thalang Hospital and has since been transferred to Vachira Phuket Hospital for recovery.”

Rescue workers spent 30 minutes retrieving the truck out of the ditch.

“Officers searched the car and did not find anything illegal. We believe he might have thrown something out of the truck during the pursuit,” Col Prakob said.

“We cannot press charges for any other offense we suspect him of without physical evidence,” LtPreecha said.

Death of workers in sewer both accident and mistake, says manager