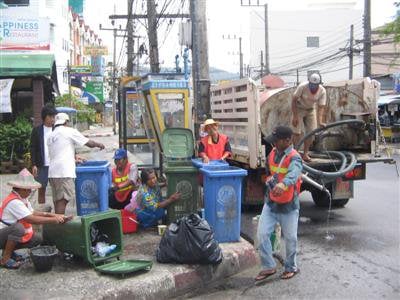 PHUKET CITY: Minimum wage workers will get a very modest wage rise on New Year’s Day, when an increase in the minimum pay rate in Phuket increases from 197 baht to 204 baht.

Phuket was among 71 provinces for which pay rises were approved by the Central Wage Committee on December 29 after two hours of deliberation in Bangkok.

The Cabinet considers the new minimum wage as a New Year gift to all workers.

Mr Suttipong said he didn’t feel the pay increase would have much of an effect on local labor here in Phuket, where the vast majority of workers make more than the minimum wage.

“Both employees and workers were satisfied with the current minimum wage,” he said.

Workers in Ayudhya will see their minimum daily wage raised from 173 baht to 181 baht, the single largest increase of any province.

Workers in Bangkok will enjoy the highest minimum wage, 206 baht.

The lowest rates still can be found in Phrae and Phayao, where the minimum wage increased one baht to 151 baht per day.

Phuket tuk-tuk driver goes into hiding after assault on tourists

Student dies of electrocution in Phuket