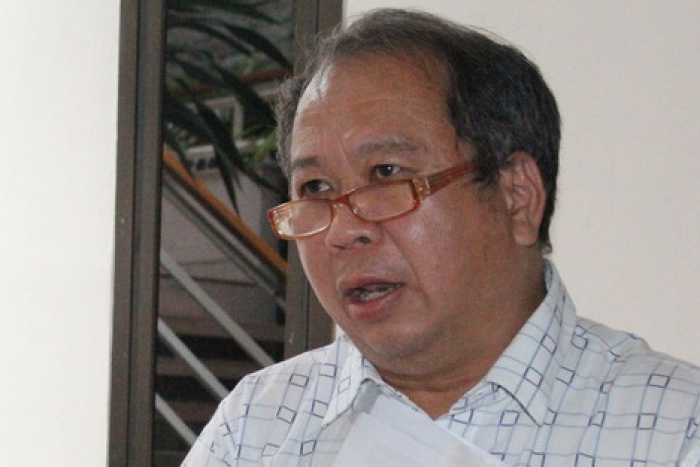 PHUKET: The long-awaited light-rail project, expected by many to help alleviate Phuket’s ever-worsening traffic congestion, is expected to cost 23 billion baht, it was revealed this week.

Kanok Khemnak, an expert in assessing the environmental impact of mass-transportation systems, delivered the news at a meeting of officials at Boat Lagoon Marina, in Koh Kaew, on Tuesday.

“The plans and design details are still being finalized, but we expect to submit the general plan to the Office of Transport and Traffic Policy and Planning [in Bangkok] on January 5,” said Mr Kanok, managing director of Enrich Consultants Co Ltd.

Mr Kanok and Enrich Consultants were hired to assist in the 118-million-baht feasibility study for light-rail project (story here), and were also hired to evaluate the seven possible routes for the proposed Patong tunnel (click here).

The light-rail system will originate at Tha Nun, in Phang Nga, on the north side of the channel that separates Phuket from the mainland, and continue to Phuket International Airport, then head south through Phuket Town and Saphan Hin before continuing along Chao Fa East Road to terminate at Chalong Circle.

“The project will cost an estimated 23bn baht,” Mr Kanok explained. “However, we’re still deciding whether to use contractors to complete the entire project or to launch a joint venture between the government and the private sector.”

Planners hope that the light rail becomes a popular form of transport for tourists and island residents, especially students.

“The light rail will pass many educational institutions, such as Phuket Rajabhat University, Phuket Wittayalai School, Satree Phuket School as well as Saphan Hin, where many people go to relax or exercise,” Mr Kanok noted.

However, Mr Kanok said his team would give special consideration to concerns voiced by city residents that the introduction of a light-rail system through town could drastically affect the aesthetics of Phuket’s Old Town district.

“I would have to ask for people to understand that the construction phase is only short term, and that the result would benefit many Phuket people in the long term,” Mr Kanok said.

“You can see that cities in other countries that are prominent in the fields of art and culture, such as Vienna, in Austria, also have light-rail systems.”

To hear the concerns of local residents, a public hearing will be held at The Metropole Hotel in Phuket Town on January 6.

The hearing will be the third such meeting called to gain feedback about the light-rail project. At the second such meeting in June, many residents voiced their objections of the light rail passing through the heart of Phuket’s Old Town.

However, Phuket City Mayor Somjai Suwansupana voiced her support, saying that the project could help boost her efforts to bring tourists to the cultural center of the province (story here).

Phuket students learn to save lives