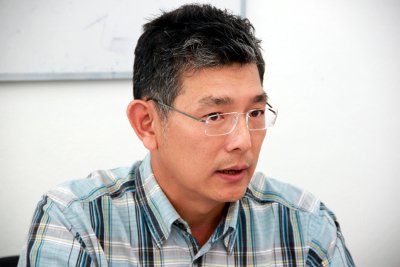 PHUKET: The Phuket Provincial Administrative Organization (PPAO) today refuted claims that they had introduced a “new” tax to be collected on the sale of all fuels in Phuket, including diesel, marine diesel, benzine and gasohol.

The “maintenance tax”, levied as a 10 per cent surcharge on the sale of all engine fuels, is the same tax previously collected by the Excise Department, explained Yongyut Luxsaviboonkul, PPAO Internal Audit Department Chief.

“In the past, the Phuket Excise Department collected this tax for us, but at the end of September we received a letter from the Excise Department in Bangkok saying that from October 1 onwards they will not be responsible for collecting the local maintenance tax on fuel for us anymore,” Mr Yongyut said.

The news follows the Phuket Petrol Retailers Club earlier this week threatening to pass the cost of any new tax on to motorists by raising pump prices.

That threat came as reaction to the PPAO on Tuesday afternoon announcing its intention to impose a local “maintenance tax” on fuel that would raise costs for operators by no less than 3 satang (0.03 baht) per liter.

The surcharge is to be levied retroactively, starting October 1.

However, Mr Yongyut today confirmed that there will be no “new” tax.

“The Excise Department collected the tax for us for 12 years, now they say we have the authority to collect it ourselves,” he told the Phuket Gazette.

However, he added, “This change still might affect consumers since the fuel retailers might raise their prices. However, it will not be by a large amount. It will be about 4 satang (0.04 baht) per liter,” he said.

Surat Sangnate, chief of the Tax Collection division at the Phuket Provincial Excise Department office, confirmed the move to have the PPAO collect the tax.

“I received a letter from Excise Department in Bangkok saying that from October 1, they will no longer collect the local maintenance tax for any provincial administrative organizations [PAO], but instead will hand this responsibility back to PAOs.

“This is because they think that right now PAOs have enough resources to collect it on their own. Also, the Excise Department wants it to be more convenient for petrol retailers. They can pay the maintenance tax at their local PAO office; they do not have to come into town and pay at the provincial Excise Department office,” Mr Surat explained.

After hearing the news, Mana Rattanayan, president of the Phuket Petrol Traders Club, told the Gazette, “I did not know that the Excise Department would no longer be collecting the tax. That was not in the letter we received from the PPAO. All the letter said was that the PPAO will start collecting a ‘local maintenance tax’ from all petrol retailers.”

“We will contact the PPAO next week asking for more details that may have been omitted,” he added.

However, Mr Mana remained non-committal in answering whether or not Phuket petrol retailers would increase prices at the pumps.

Any rise in price at the gas pumps is likely to have a knock-on effect, the Gazette was told.

However, Supatra Singkala, who operates a local taxi and car rental service, expressed concern about any rise in gas prices.

“Of course it will affect us. We do not have just one car, we have 10 – and three vans. Every day we have to drive around the island to serve customers. It is a long distance, and in the high season we will have more customers.

“Even an increase of 4 satang is not ‘a little increase’ when we need gasoline for 12 vehicles,” Ms Supatra said.

“I had not heard of this, but now that I know I will inform our clients. We will have to raise our service fees,” she added.