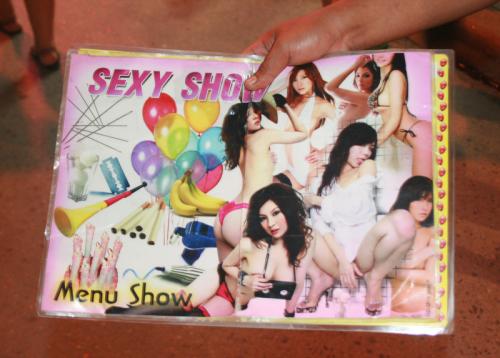 PHUKET: The famed nightlife of Patong draws more tourists to Phuket than any other single attraction, according to the results of the Phuket Gazette‘s latest online poll.

With the passing of yet another record-breaking year that saw millions of travellers arriving on our shores, the Gazette asked readers, “What single feature draws the most tourists from around the world to Phuket?”

Overall, 34.2% of respondents said it was “Phuket’s unique mix” of beaches; natural beauty; Patong nightlife; and value for money offered.

However, Patong nightlife topped the poll as the most popular single attraction. Leading the charge were Thais, of whom 71% voted Patong nightlife as the main reason to come to Phuket. In comparison, 26% of tourists and 16% of local foreign residents marked the party hub as their top choice.

Hardly an encouraging result for the Tourism Authority of Thailand (TAT) was that more than 20% of respondents overall said they didn’t know why anyone would come to Phuket.

They may have a point. It certainly wasn’t for “the natural beauty of Phuket and the surrounding region”, which landed just 7% of the votes, or even the oft-touted beaches of Phuket, which garnered a meager 6.4%.

What must be even more disappointing for the TAT was that 13% of the tourists visiting the island said they didn’t know why they came. Such an appraisal of Phuket’s lack of draw was supported by 29% of the local foreign residents and 16% of Thais responding to the poll.

To take part in the Gazette‘s newest poll, focusing on possible solutions to reduce the number of accidents that occur on the deadly Patong Hill, click here.