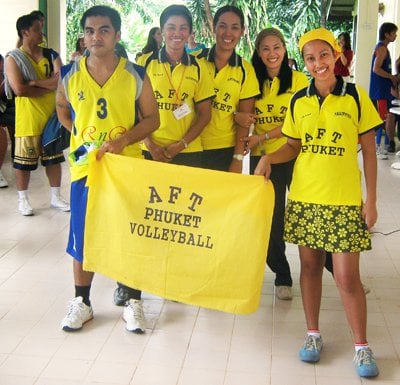 PHUKET: The second stage of the four-part “Pinoy Sports Fest 2009” will take place at the QSI International School on Sunday, May 24.

The event which is helping to bring together Phuket’s 850-strong Filipino community is being held over four consecutive Sundays and has attracted some 200 competitors.

The term Pinoy is now commonly used among Filipinos to describe themselves.

Following Manny “Pacman” Pacquiao’s stunning victory over Ricky Hatton in Las Vegas on May 2, Filipino sport pride is currently at a peak. Just like the “Pacman,” this event is hoping to spread a message of peace and unity, albeit at a local Phuket level.

The event was the brainchild of a small religious cell known as ‘the Peacemakers’ from the Phuket Christian Center. The group wished to use sport as a means of uniting Phuket’s Filipino expat community. The series of contests is also being conducted to improve ties to the local Thai community and to help Filipinos become an important part of Phuket society at large.

The first part of the event took place on May 17 and the Pinoy Sports Fest 2009 will conclude on June 7. The event is giving participants the opportunity to compete in badminton, table tennis and chess (both men and women), volleyball (women) and basketball – the most popular sport in the Philippines – for men only.

An awards ceremony will be held on June 14, Philippine Independence Day, when the winners and runners-up will receive prizes.

Body of Caucasian found washed up on Phuket beach