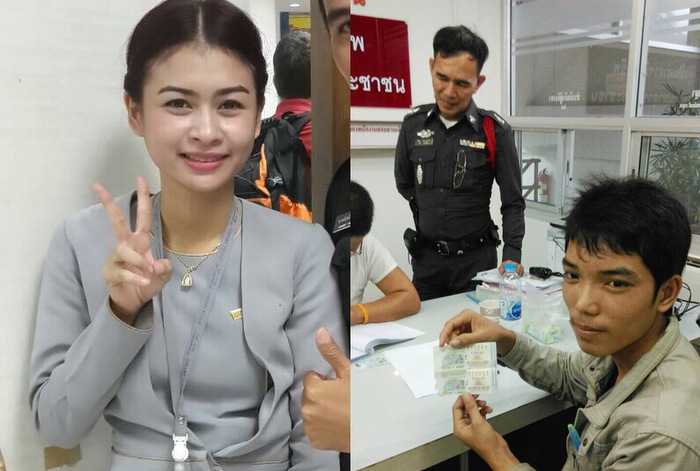 One of the prize winners, Saowaluck Katekaew, won 4mn baht after choosing the lucky number 269 in memory of the One-Two-Go Flight OG269 disaster that killed 89 people seven years ago to the day on Tuesday.

Miss Saowaluck, 32, from Srisaket, works for Orient Thai Airlines, the airline that operated the One-Two-Go budget-carrier service at the time of the disaster. The One-Two-Go operating company has since been dissolved.

There were no official memorial services at the airport on Tuesday to remember the victims of Flight OG269, as Airport Director Prathuang Sornkham noted that the disaster was “not a day to remember” (story here).

However, September 16 will now certainly be a day to remember for Airports of Thailand (AoT) staff, as that was the day the winning numbers were drawn and two AoT employees at Phuket Airport won major prizes.

Both AoT staffers declined to publicly reveal their identities.

The fourth winner, Cambodian construction worker Kong Oct, has now resigned from his job at the airport, where he was working on the 5.7-billion-baht expansion project (story here).

“He was very happy when he came to tell me that he had won 4mn baht on the lottery,” said his supervisor, Somporn Yiamthaisong, of Sino-Thai Engineering & Construction Public Company.

“He wanted to claim the money immediately. He also asked to resign so he could return home to Cambodia for good.”

A worried Mr Somporn escorted Mr Kong to Tah Chat Chai Police Station so he could report the winning ticket in case it was stolen.

“I am happy for him, but I suggested that he does not go out alone until this is all over,” he said.

“I also called the Tourist Police to escort him to the police station, and I asked him to stay in the workers’ camp until he gets the money and leaves for home.”

Maj Urumporn noted that all four winning lottery tickets were bought at the same place: in front of a 7-Eleven store near the airport.