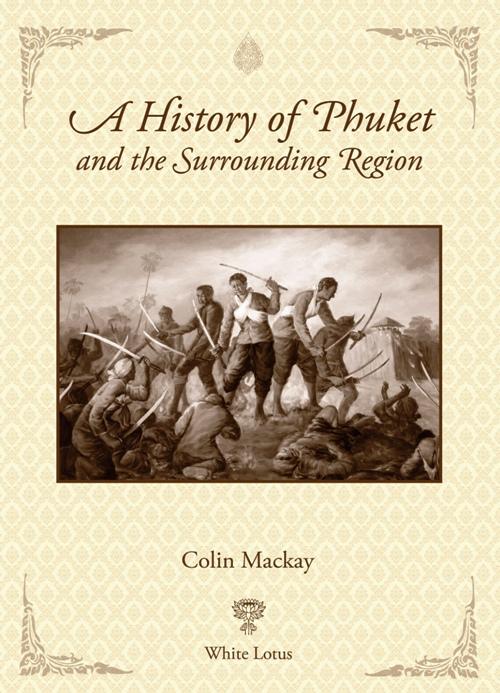 PHUKET: Although the Thai resort island of Phuket has become a world-renowned tourist destination and is now home to many thousands of expatriates, limited attention, particularly in the English language, has ever been given to the rich history and cultural storylines that have accompanied its phenomenal growth.

That has now changed.

The Phuket Chapter of the American Chamber of Commerce (AMCHAM) is proud to promote the island’s heritage through its upcoming event: The launch of Colin Mackay’s new book, A History of Phuket.

To the delight of many island observers, the 438-page tome becomes the first publication of record to examine so thoroughly the little-known history of Phuket and its neighboring provinces in the Andaman region.

Perhaps the hallmark of the book is the depth of Mackay’s research. He incorporates more than 1,000 original quotes and writings from commentators and visitors over the last 2,000 years, and illustrates the work with over 100 maps, pictures and photographs, many of which have never been published before.

This epic story begins with the arrival of the first humans and goes on to cover the influence of early Malay, Indian, Chinese, Arab, and Greek settlers and visitors; Phuket’s important position on the ancient east-west maritime trade route; the rise and fall of mysterious early kingdoms and empires; the Thai regional dominance; the social history and the scourge of piracy; some swashbuckling attempts by Portuguese, Japanese, Dutch, French and British adventurers to control this island in the 16th,17th and 18th centuries; the tin mining boom; mass Chinese immigration and their rise to regional power; the birth of Thailand; and much, much more.

Colin Mackay is a Scotsman who grew up on the Tanzania coast on the opposite side of the Indian Ocean from Phuket. After gaining a Master’s degree in History at Edinburgh University, he moved to Asia where he has worked as a journalist, fund-manager, historic ship salvager and property developer. He first visited Phuket in 1985 and moved here permanently in 1998, and lives with his Thai wife Ana and two daughters, Skye and Aila.

Whether you are a visitor to Phuket or live here, this book launch is a great opportunity to delve into the past and to hear the story in the author’s own voice. The event takes place on Friday, March 8, at the Royal Phuket Marina.

Registration starts at 5pm and the roughly one-hour presentation begins at 6pm. A networking event with drinks will follow from 7 to 8pm. The event is open to the public, with entry at 200 baht, including two drinks.