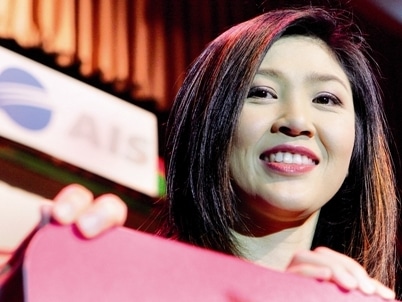 PHUKET: BANGKOK’S two big English-language newspapers have different takes on the topic, but it’s clear at this point that the 1-2-Call mobile phone company Advanced Information Systems (AIS) and Thai telecommunications services and hardware giant Samart are both going to try to match up with TOT to deliver High Speed Packet Access (HSPA) “3G” service to Thailand, and possibly Phuket.

The Nation reports that Samart has set aside 500 million baht to roll out an HSPA network using TOT’s towers and frequencies, if it can seal a deal with TOT, that is. The Nation also says that AIS is interested in offering HSPA service through TOT, so there’s competition between the two.

This has raised some problems in the form of the potential for favoritism, because current Prime Minister-designate Yingluck Shinawatra is the past president of AIS, which was once owned by a rather well-known former Prime Minister: her big brother Thaksin.

The other newspaper reports that AIS and Samart are both in the running to acquire parts of TOT’s spectrum. Both newspapers appear to agree that TOT will divvy up its spectrum into (at least) three parts, comprising 40 per cent, 40 per cent and 20 per cent of its bandwidth.

One or both of the big slices of the pie will be made available to large organizations – AIS and Samart certainly among the contenders – while the small piece will go to a hodge-podge of 3G SIM card sales outfits associated with smaller organizations.

How can they do that, you ask, when the Thai government hasn’t yet auctioned off the 3G spectrum? Good question. The convoluted answer basically boils down to this: CAT’s already subletting its frequencies to True for HSPA service. Why shouldn’t TOT sublet its frequencies?

Both CAT and TOT appear to have long-standing approval to offer HSPA 3G services through other companies on the frequencies they already control. They’re both hell-bent on getting the service out right now, as fast as they can switch the gear on the towers.

CAT and TOT, through True and possibly AIS and/or Samart, all want to get market share nailed down now, before the auctions.

That also raises a ticklish question. Let’s say AIS gets a concession to run 3G on the TOT towers and frequencies. AIS markets the living daylights out of the service and signs up a whole bunch of customers. A month or a year or a decade from now, the Thai government finally gets around to auctioning off the other 3G frequencies. Will AIS bid to get its own network? If AIS wins the bid, will it pull all of its customers over to the new system, leaving TOT high and dry?

The same question applies to True and CAT.

It’s a complex situation, with billions of baht and tens of thousands of jobs hanging in the balance.

Stay tuned. This is going to get interesting, and we consumers will be the winners.