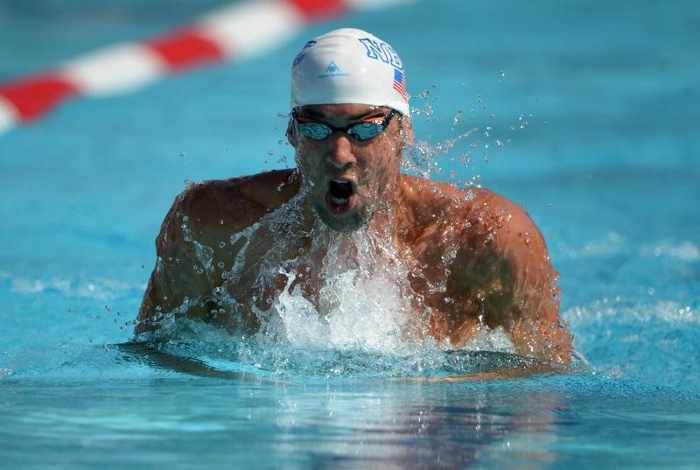 PHUKET: Michael Phelps’ comeback to competitive swimming has been anything but smooth sailing. A series of rare defeats have illuminated the enormous challenge he faces getting back to the top.

For a man who re-wrote the Olympic record books, those losses could have been enough to persuade him to pack up his goggles and quit for good, but if anything, they have only hardened his resolve.

In Australia for the Pac Pacific championships – his first international competition since he retired after the London Olympics – Phelps has lost none of his confidence.

His defeats at the recent U.S. National Championships were the result of simple mistakes that he has not made since he was a kid – but were easily fixed.

“I have been working on the basics that hopefully make a big improvement,” he told reporters at the Gold Coast on Wednesday.

“They are the mistakes you make when you are 11 or 12 as an age-group swimmer.”

Despite all his years in the pool, the 28-year-old said his mistakes were just a sign of his rustiness, and would be ironed out before the bigger meets ahead that will ultimately decide the success of his comeback.

“I probably just haven’t had enough (racing) experience over the last year,” added Phelps, who in eligible to swim in up to eight events including relays at the meet.

“I hate to lose but I know it is not going to come back overnight.

“I would rather have those instances now than further down the road with the 2015 world champs and (2016) Olympics coming up.”

Bob Bowman, the long-time coach of Phelps, shares his star pupil’s confidence. A master of getting the best out of Phelps, Bowman has always loved to play mind games and his latest psychological ploy is to talk him up.

Asked whether Phelps could swim even faster than when he retired, Bowman replied: “That’s the reason he came back.

While the return of Phelps has dominated the build-up to the Pan Pacs, which features top swimmers from the U.S. Australia, Japan and invited competitors from around a dozen other nations, America’s new queen of the pool Missy Franklin is struggling.

The Colorado teenager has been battling back spasms all week and is in danger of missing the four-day meet that starts on Thursday.

She needed help getting out of the pool after training on Tuesday and skipped Wednesday’s news conference with a team spokesman telling reporters her condition was a “fluid situation.”

Australia’s James Magnussen, the world champion for 100 metres freestyle, is also having back problems but said the prospect of taking on the Americans was too tempting to even consider standing down.

“Any chance I get to represent the Australian swim team, I feel very strongly about,” he said.

“So pulling out, whilst it was an option, was never something I wanted to consider and something I never allowed myself to think about.”