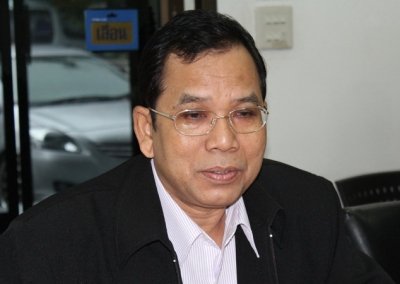 PHUKET: Investigators from the Office of the Ombudsman were on the island last week to study a complaint by the sea gypsy community in Rawai, who fear eviction from the land they have called home for decades after a title deed for the land was issued to a private party.

“The sea gypsies living in Rawai claim to have lived there for a long time, but now they are being driven away by people who claim they are the legal owners of the land. They have therefore requested verification of the land papers as well as an investigation into how they were issued,” said Mr Tavin.

During an inspection of the disputed area on July 4, investigators also heard complaints from the sea gypsies about problems with provision of public utility services, he added.

The community in 2010 protested when a nearby development caused their water well to dry up; they were also among the many groups that protested to PM Yingluck Shinawatra during her “mobile Cabinet meeting” to Phuket in March.

“The purpose of today’s meeting is to provide officials from relevant departments with the opportunity to respond to complaints filed by the sea gypsy community. Their input will be weighed when we consider how to proceed with the complaint and explore possible solutions,” he said.

The team is also investing another complaint by residents of Koh Racha Yai, who want to know why their request for a deed for land on the island was denied when similar requests by outside investors were granted.

“Residents of Koh Racha Yai claim that they contacted the Provincial Land Office, but the officer refused to issue the [land ownership] document, citing Section 43 of Ministerial Regulations issued in 2001. When they learned that documents for the same land had been issued to a group of investors, they filed a complaint with our office,” he said.

One of the complainants, Yuthana Jundee, said: “It isn’t fair. The officer told us they could not issue a land ownership document to us, but then issued a document for the same land to outside investors. We know this because recently the land office recently sent us a letter inviting us to come and identify the boundaries of our land border because they were preparing to issue a land ownership document to an investor.

“If they couldn’t issue a document to us, how could they could issue one to the investors? We want to know what happened,” said Mr Yuthana.

“We have discovered that a land officer has already issued ownership documents to many investors and that 10 more investors are currently waiting for the office to issue documents,” said Mr Thavin.

“My team and I will work with the other organizations involved in this matter and investigate the case thoroughly,” he said.

However, bad weather late last week prevented the group from making a planned visit to the island, located about 20 kilometers due south of the Phuket mainland.

The Ombudsman’s office visit is just the latest in a long series by Bangkok-based graft-busters to Phuket. Active probes are also underway by the Justice Ministry’s Public Sector Anti-Corruption Commission (PACC) and its private sector counterpart the National Anti-Corruption Commission (NACC). The Ombudsman’s Office, established in 2009, has no sanctioning power and can only refer its findings to the Courts or other government offices.