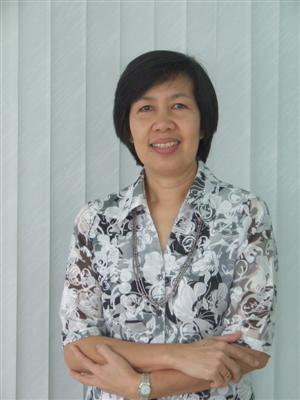 PHUKET: With the possible exception of Bangkok, Phuket is the most ‘international’ of Thailand’s 76 provinces.

A ride past the bustling eateries that line Patong’s Rat-U-Thit 200 Pi Road will confirm it: there are people from every corner of the globe living and working here.

It’s this angle that new Tourism Authority of Thailand (TAT) South Region 4 Office chief Bangornrat Shinaprayoon wants to expose in her bid to woo more visitors to the island.

“Phuket is the first place in Thailand that Americans would like to visit, not just for the beaches, but for the variety of food and culture here,” she said.

Ms Bangornrat, 54, took over from Sethaphan Buddhani as the Phuket tourism industry’s number one proponent on Monday.

She started her career with the TAT 27 years ago, joining immediately after finishing a masters degree in Economics at Thammasat University.

Her own international perspective was nurtured during a four-and-a-half-year stint as a director at the TAT office in New York City.

That experience gave her an insight into how foreigners, and Americans in particular, view the island.

“Right now Phuket is very well known in America, especially for its spas,” she said. “It has earned a reputation because of its people, beautiful scenery and because we have promoted it heavily on foreign internet sites and publications such as tripadvisor.com.”

Ms Bangornrat said around 700,000 Americans visited Thailand every year. Of these, about 100,000 come to Phuket.

“Phuket is the most developed province in Thailand, with more than five million tourists bringing in more than 10 billion baht annually,” she said.

“My policy would be to preserve the environment while at the same time further developing the province,” she said.

“Phuket is already an international place, but I want to make it even more well-known abroad, for example as a marine center or venue for international sporting tournaments.”

Ms Bangornrat said occupancy rate at Phuket hotels was currently around 60 percent, with at least 80 percent expected in December and January.

“Phuket is a world class destination, so I’m proud to be working here,” she concluded. “I’m going to try to bring in as many tourists as I can, maybe 10 to 20 percent more than the present number visiting Phuket.”

Meanwhile, former TAT Phuket director Sethaphan Buddhani has been transferred to Mumbai, India, where the TAT is about to open a new office.

He will be aiming to encourage more of India’s burgeoning middle class to come and spend their hard-earned rupees in Thailand.

Mumbai, the commercial and entertainment center of India, is the second most populous city in the world.