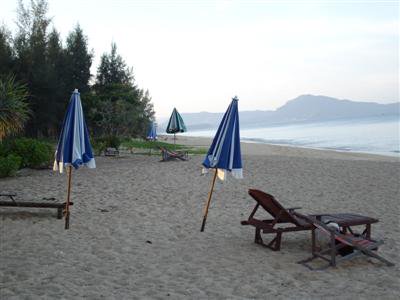 PHUKET CITY: Following widespread criticism, the Phuket Provincial Police will set up a panel to reconsider plans to give the family of confessed murderer Akkaradej “Chon” Tankae the 100,000 baht in promised reward money for their help in his capture.

Akkaradej was arrested in Ranong last Wednesday and charged with the murder of 26-year-old Swedish tourist Hanna Backlund.

Miss Backlund was stabbed to death at Mai Khao Beach on March 15. Today would have been her 27th birthday.

The 100,000 baht in reward money was put up by the Phuket Tourist Association (PTA) in the hope of quickly bringing the murderer to justice and limiting damage to Phuket’s image among tourists.

In a press conference announcing Akkaradej’s capture, police announced that because the suspect’s wife and father had provided police with key information leading to his capture, they would be given the reward money.

The police are now reconsidering that decision.

Phuket Provincial Commander Maj Gen Decha Butnampeth told the Gazette today that he had appointed his deputy, Pol Col Wittayadej Worradilok, to chair a committee to review the matter.

“Although following standard procedure, police have received many complaints from the public and local media that it is unsuitable to reward the suspect’s family in this case,” Gen Decha said.

“In fact 12 witnesses were questioned in the case,” he added.

Col Wittayadej’s panel will review the roles of the witnesses in determining how much of the reward money each of them should be entitled to.

Col Wittayadej told the Gazette today that his committee had yet to meet because officers are still busy collecting evidence for the court case against Akkaradej.

“We must carefully consider the roles of all the witnesses, but we cannot rule out rewarding the suspect’s family, given their key role in his capture,” Col Wittayadej said.

“Police have set policies to follow for the disbursement of reward money, but this fact was not made clear during Wednesday’s press conference,” he added.

A memorial service for Miss Backlund will be held tomorrow morning at the same spot where she was slain. For more information click the “Bulletin” icon on this web page.