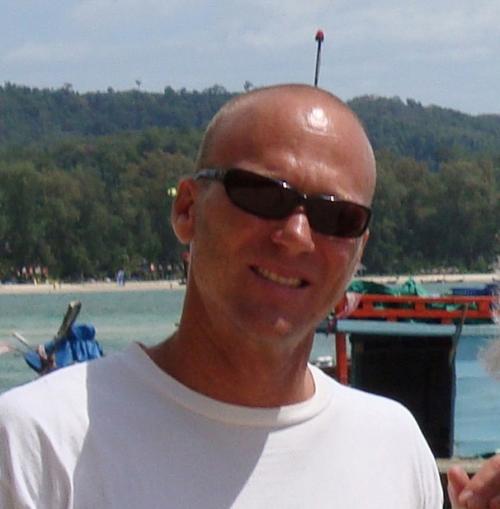 PHUKET: The Phuket search for missing American surfer Brett Bean, 43, was called off by his mother, Lynne Bean, tonight.

“Brett has been in contact with us several times. We are most grateful to the Karon Police department, the US Embassy, the news media and the many friends whom we have met in Phuket,” Mrs Bean wrote in an email.

“Their concern for our family has been greatly appreciated,” she added.

Brett first contacted his family in May, 155 days after mysteriously disappearing from his rented Karon bungalow last year. However, the brief conversation appeared to leave the family with more questions than answers.

“It was a very brief call,” his mother said after the call. “We still do not know where he is, but it was very good to hear his voice.”

“At least we know he is alive. There is still hope after 155 days,” his father, Wayne Bean, said.

Mr Bean expected his son, Brett, to arrive back in Los Angeles on November 28.

However, after checking with the airlines it became obvious that his son had not made his 8:25am connection from Bangkok to Hong Kong. Concerned Mr Bean contacted the US Embassy and eventually the media asking for help in locating his son (story here).

Unable to turn a leaf in the search, Mrs Bean travelled to Phuket in December to kickstart a campaign searching for her son. She began pasting the island with missing person fliers, and offered a 50,000-baht reward for his safe recovery (story here).

The case seemed to have gone cold until CCTV images showed a man wearing a helmet accessing Brett’s bank account with his ATM card. Though family felt like the man could be Brett, they struggled to positively identify him (story here).

Phuket police investigating the case found nothing suspicious in his rented bungalow at the time of his disappearance. Mr Bean’s surfboard and passport were found inside, along with his driver’s license, motorbike registration book and his bankbook

His motorbike was missing, as were his helmet, laptop computer and cell phone.

“Everything looked like Mr Bean had just stepped out,” Maj Worapong Prom-in of the Chalong Police had told the Gazette during the initial investigation.

In their email tonight, the Bean family did not elaborate on what happened to Brett during his extended disappearance in Thailand.