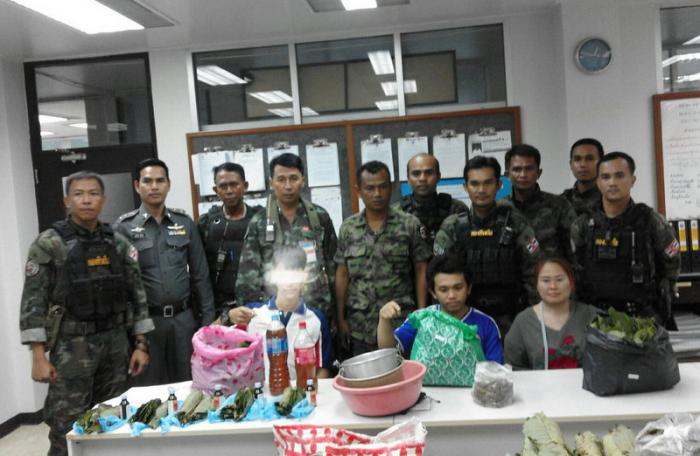 “At the first house, we found a suspect named Khanthong Maopechkarn, 45, with about 30kg of fresh krathom leaves, 11kg of dried krathom, 60 bottles of cough syrup and 38,320 baht in cash,” said Capt Surasak Rachawakarn of Army 41. “She told officers that although she was the house owner, the stash belonged to her son.”

“In the second house, we arrested her 24-year-old son, Amnach Faijai, with a kilo of krathom lying in plain sight on the living room table. He confirmed that the drugs belonged to him, but added that the first house was also his property and that he had provided it to his mother, grandmother and son to live in.”

Mr Amnach’s wife was arrested for dealing krathom in November last year and was out on bail. She was not charged or suspected of any involvement in the current case.

Officers then went to two other houses nearby, based on tip-offs regarding similar goings-on there. During these raids, a 17-year-old was arrested with 1kg of krathom leaves, five packs of ready-to-use krathom and several bottles of cough syrup. At the fourth house, officers arrested Prapaisri Thammapikun, 40, with 1.4 kg of krathom.