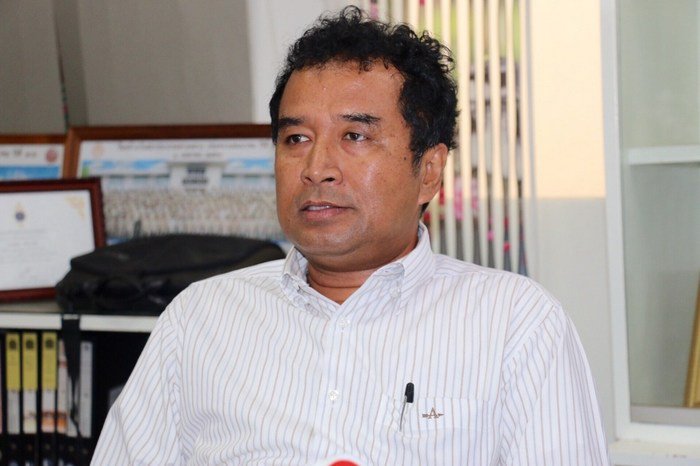 PHUKET: The Phuket Highways Office is pushing the repair of the dangerously rough road surface on both sides of the Samkong intersection underpass construction site.

“Construction is well on its way at the site and it is scheduled to be finished by the end of the year,” said Samak Luedwonghad, director of the Phuket Highways Office. “However, there are some dangerous potholes and other road surface conditions that could lead to accidents.”

Mr Samak confirmed that his office was in talks with the construction company to ensure that the safety hazards are fixed.

“It is the contractor’s responsibility to maintain the standards outlined in the contract. However, each contractor has different capabilities when it comes to responding quickly to these issues. This can especially be an issue given the amount of heavy rain during the ‘Green Season’,” Mr Samak said.

Mr Samak told the Gazette earlier this year that there are no laws in place allowing local government officials to take action if a construction company fails to comply with the standards (story here).

Police believe that a Phuket pothole was a major factor in the death of a motorcyclist earlier this week (story here).

“Nobody wants accidents. Most companies follow the standards. When they fail to comply, we follow up,” Mr Samak previously explained to the Gazette.