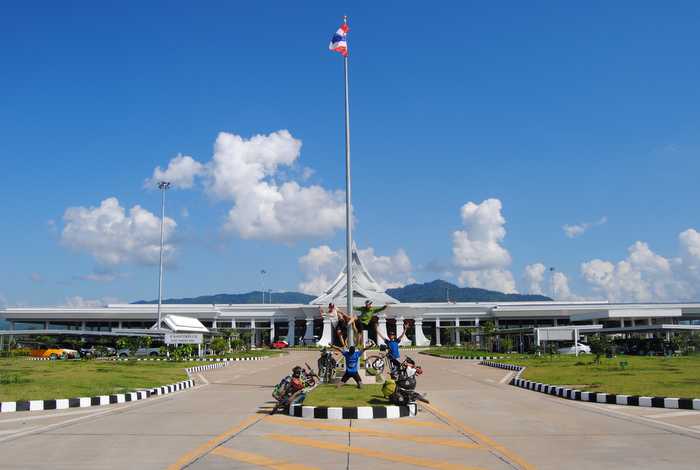 PHUKET: A group of cyclists raising funds for a post-tsunami orphanage are on the final stretch toward Phuket after having departed Sweden in March.

Calle Wollgard and his team have already conquered 18 countries (including Iran), almost 16,000 kilometers of questionable roads, insane traffic, mountain passes, visa issues and countless other unexpected setbacks that lurk within the pages of an epic adventure.

Now, just a week from arriving at the Barnhem Muang Mai orphanage, morale is soaring.

“Everything is going smooth and easy now. Since we entered Thailand, it’s all been flat, which feels like heaven after experiencing the mountains in southern China,” Calle told the Phuket Gazette.

Though the mountains and snow of China were difficult, the team expanded while there, picking up a fifth member who is now about to meet the children of Barnhem for the first time.

Kunn Lee, who was originally supposed to be cycling southern China and Tibet, changed his plans after meeting Calle, Fredrik Jessen, Tomi Blumen and Christofer Johansson in September, and is now heading toward Phuket (story here).

Though close to the finish line, the team is recovering in the small fishing village of Huai Yang in Prachuap Khiri Khan before the final push.

“We will stay in this village with some friends of mine for a couple of days just to relax and to get ready for the finish line on December 6,” Calle said.

“Everyone is just so happy about the fact that we are so close. We just want to fast forward time and be at the gate of Barnhem. It’s a bit difficult to explain really.”

The Swedes and Mr Lee are expected to arrive at Barnhem in Thalang at about 2pm on December 6 – and all are welcome to join the kids in welcoming “home” the team.

Calle and his team can be contacted at callewollgard@gmail.com