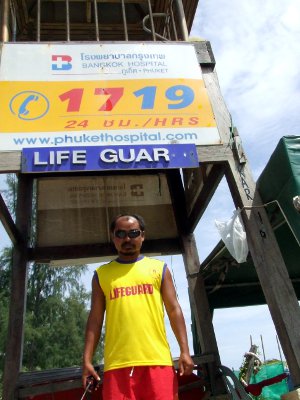 PHUKET: At least four people have drowned in the rough monsoon surf at Phuket beaches over the past two months.

The number of incidents was up sharply over the previous four weeks, when 184 incidents were reported.

As usual, foreigners were the vast majority of those receiving assistance – about 80% on average.

In addition to the two drownings since September 26, eight people suffered injuries requiring hospital admittance. Five of these were foreigners.

Most incidents involved people being caught in rip tides.

There were also 11 reports of jellyfish stings over the past four weeks, 10 of them involving foreigners at Patong Beach.