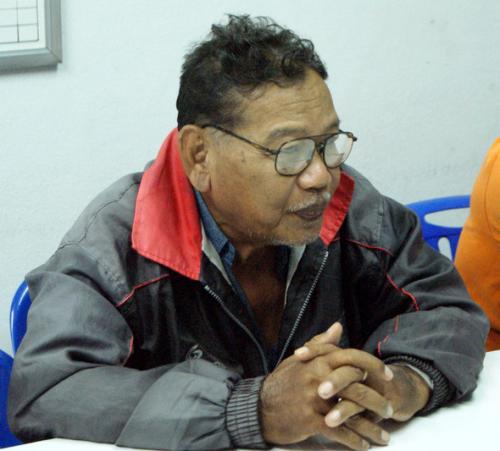 PHUKET: Police in Krabi province, across the bay from Phuket, raided a hotel room where they arrested a former nurse who was just about to perform an illegal abortion.

Officers raided the small hotel in Ao Luek at about 12:30pm yesterday, finding Prapak Thiparat preparing to perform an abortion.

The woman had already been prepared by Mr Prapak to undergo the procedure. Her male companion was standing beside her.

“I have been performing illegal abortions for over two years,” Mr Prapak told the press assembled at Ao Luek Police Station.

Mr Prapak admitted to having preformed over 20 abortions in that time.

Mr Prapak, 67, told the press that he had worked as a male nurse at a hospital in Nakhon Sri Thammarat for many years.

“I have seen doctors perform curettage and sterilization as common practice. After I retired, I came back to Krabi and I used the knowledge I had gained to perform abortions,” he said.

Mr Prapak explained that he performed many of the abortions in hotel rooms or at guesthouses.

“People learned about my service through word of mouth. I do not have a clinic,” he said.

“I charged 1,500 baht per month of the fetus’s gestational age. In the abortion I was about to conduct before I was arrested, the fetus was four months old, so I charged them 6,000 baht,” Mr Prapak said.

Col Sukkasem explained that Mr Prapak had been charged with illegally operating a medical center, dispensing medication without a license and attempting to perform an abortion.

“The suspect accepted all charges,” he added.

“At this stage, we can only charge him with attempting to perform an abortion. We are still investigating the other abortions he confessed to,” Col Sukkasem said.

“They said they were not ready to have the baby, so they decided to have an abortion. However, they were both released as they have not broken any laws,” Col Sukkasem said.