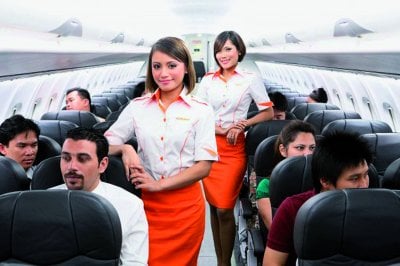 PHUKET: In a show of confidence in tourism to Phuket, Firefly Airlines launched a host of new destination travel packages and promotional campaigns, including the ability to book tickets through mobile phones.

Angelina Fernandez, Firefly’s Head of Marketing & Communications, told a press conference at The Metropole hotel late last week that she didn’t think Phuket had been too badly affected by the recent unrest in Bangkok.

Firefly would maintain its current flight schedule of four round-trip flights a week between Penang and Phuket, and from October 31 will start operating daily flights to Samui.

“That tells you how confident we are about Thailand,” Ms Fernandez said.

Ms Fernandez said that the load factor on the Phuket-Penang route currently stands at 65% to 70%.

“We have no directional problems. The number of all leisure travelers and holidaymakers flying from Phuket to Penang compared with those flying from Penang to Phuket is very balanced,” she explained.

“Firefly Holiday has been around since we began operations, but it promoted only destinations Firefly served directly. But now it is integrated with MAS domestic services and to MAS destinations worldwide,” she explained.

To mark the launch, Ms Fernandez announced that Firefly is offering round-trip flights from Phuket to Penang for 3,560 baht, and further abroad to Melbourne, via a stopover in Kuala Lumpur, for 33,350 baht, all inclusive.

Customized packages to cater to wedding trips, adventure holidays and romantic getaways, for example, were also available through the options offered on Firefly’s website, she added.

From a Phuket perspective, the new packages are perfect for foreigners in Phuket looking for a getaway or needing to make a ‘visa run’ to Penang, where there is a Thai consulate.

Firefly has no immediate plans to expand services.

“We simply do not have any more aircraft… We have just completed Phase I of our expansion. We now have seven aircraft and all of them are fully utilized. We will embark on Phase II when the board of directors and the management of Malaysia Airlines plans to have new aircraft.”

The facility accepts payment by credit card, allowing people to book and pay for tickets for others.

“Parents can now book and pay for tickets for, say, their children or their grandparents, or even as a gift for someone,” she said.

To mark this service, Firefly offered a limited number of promotional one-way tickets between Phuket and Penang for just RM1 (one ringgit, about 12 baht).