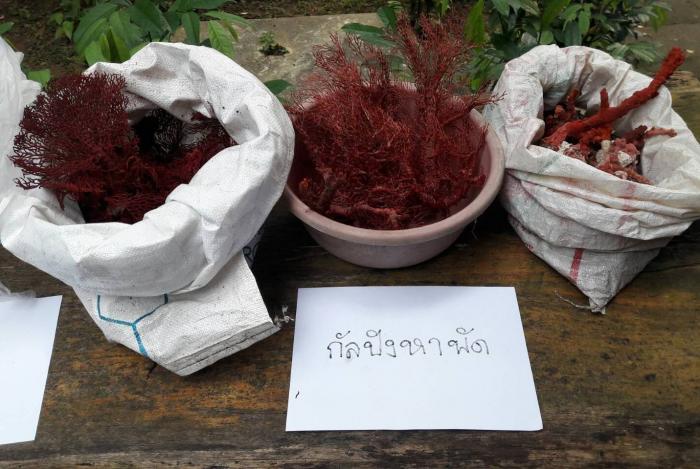 KRABI: Two women involved in the illegal sale of coral on Facebook were apprehended in Ao Luek yesterday evening.

The arresting officers found more than 20 kilograms of coral in their possession. They had been dealing in coralline algae, sea pens and various other coral used in jewelry.

The suspects were named as Sirimon Vaewjongdee, 35 and Janya Vaengjongdee, 39.

“The pair were openly trading the coral on social media, which is how we found out about it” revealed Krabi Marine Police Lt Anurak Parinyasathiragul. “These coral are very rare and considered protected animals.”

Col Anurak said the haul of protected marine life was the largest in several years.

The two were charged with possession of protected animals with intent to sell under the Wildlife Preservation and Protection Act, BE 2535 (1992).