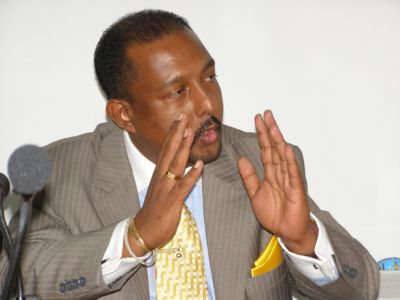 PATONG: Investors hoping to build a hillside cable car as Phuket’s newest tourist attraction received a lukewarm response during a June 8 meeting with Phuket Governor Niran Kalayanamit, who told them to come back when they had more a more specific plan.

Explaining that he did not want to do anything that would be opposed by the provincial government, Mr Adi-hilmi told the governor that he and his associates only wanted to present the project concept and request a letter outlining the legal and bureaucratic steps they would need to take in order to proceed.

“The entire construction budget would come from private sector investment; we would not ask the province for any funding. We think Patong is the suitable site for such a project, though we still have to study the issue further,” he said.

Gov Niran seemed unimpressed, noting that the investors’ scheme lacked such basic details as where in Patong the project would be sited. He also noted that, unlike the more autonomous Malaysian states, permission for such a project in Thailand could only come from central government authorities in Bangkok.

The would-be investors were told that if they really wanted to proceed they should study the topography and determine possible sites, then consider land rights issues and the effect such a project would have on both the environment and local residents.

“The last step would be to hold a series of public hearings,” he said.

Reminding the investors that local building codes prohibit buildings above 23 meters and forbid the construction of any permanent structures above 80 meters, Gov Niran advised them to be especially careful in determining whether the land they need to build upon was controlled by the government or privately held.

“I’m really worried about local reaction. Even if your project is good, there will be big problems if it is opposed by local people,” said Gov Niran, who suggested that they hire a consultant and return with a more detailed presentation.

The two investors, who have no previous experience in cable car projects, agreed to follow Gov Niran’s advice and said they would return at a future date.