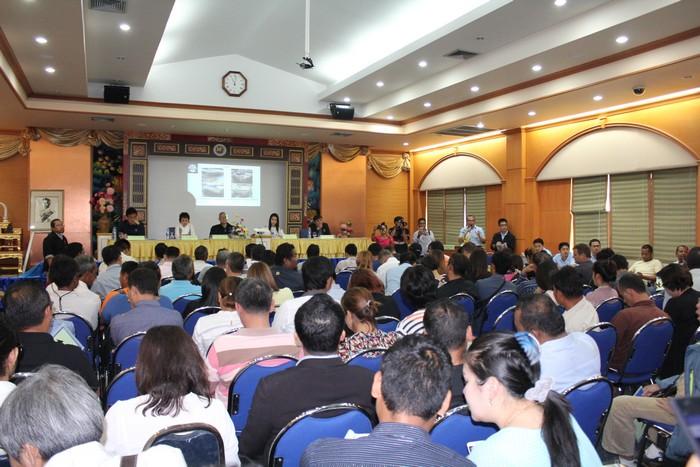 The auction to sell off boats, buses and other assets once owned by the now defunct travel company began at 10am today and is set to continue over the next few days until all of the assets have been sold off.

The assets – 33 boats, 57 buses, parcels of land and millions of baht – were seized by Phuket’s Anti-Money Laundering Office (AMLO) after investigators declared that the Phuket-based tour operator had been established illegally (story here).

Several boats went under the hammer in the packed out meeting room at City Hall today with furious bidding pushing the price of the passenger vessel Sumpaotong up from an opening bid of 4 million baht to 12.9mn baht.

However, bidding for another similar vessel, Insee, was slightly less fervent with the opening price of 12mn million baht rising by only 100,000 baht when the gavel hit.

Competition among buyers was also tense for some of the smaller vessels. Bidding for a vessel named Insee Marine 8 opened at 900,000 baht and ended up fetching 2.7mn baht. Other similar sized boats sold for between one and three million baht.

Further auctions are planned until Friday to sell off the remaining assets.