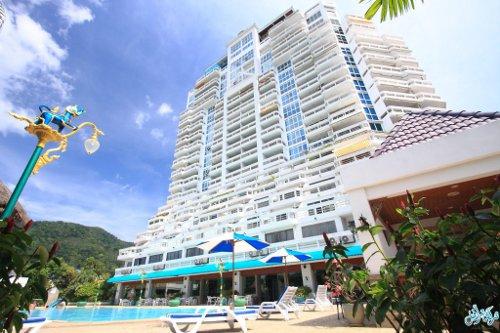 PHUKET: While Phuket police continue their investigation into the death of 21-year-old Australian tourist Sebastian Eric Faulkner, staff at Patong Hospital have reported that the young man was showing signs of anxiety when he presented himself to the hospital just hours before his death.

On recognizing the symptoms, doctors at Patong Hospital admitted him for minor depression.

Mr Faulkner, from Melbourne, plunged from the ninth floor balcony of his guest room at the Andaman Beach Suites hotel in Patong at about 6pm on December 31.

He was rushed to Patong Hospital where he was diagnosed as comatose with spine and rib fractures as well as chest injuries. He was taken to Bangkok Hospital Phuket for emergency care, but pronounced dead a short time later.

However, the acting director at Patong Hospital, Dr Muanprae Boonlorm, told the Phuket Gazette today that early on the morning of December 31 Mr Faulkner was brought to the hospital by his friends. At the time, Mr Faulkner was showing symptoms of anxiety.

“His hands were shaking and his heart was beating hard. However, he was able to talk and understand what the nurses and doctor said.

“The doctor examined him and diagnosed him with minor depression. The doctor suggested that he rest at the hospital until he felt better. His friend left after the talk with the doctor,” Dr Muanprae explained.

At about 8am, hospital staff noticed that Mr Faulkner was missing from his room. They searched the hospital, found him, and took him back to his room.

At that time, Mr Faulkner told them that he did not want treatment, but the staff could not allow him to leave before a doctor had signed discharge papers which formally acknowledge that he refused treatment.

“At about 10am, he disappeared from the room again. This time we could not find him, so we contacted the Patong Police Station,” Dr Muanprae explained.

At about 5pm, staff at the Andaman Beach Suites Hotel saw Mr Faulkner in the hotel lobby looking anxious.

They encouraged him to go to the hospital, but he did not want to, so they took him back to his room to rest, Kathu Police Deputy Superintendent Nikorn Choothong told the Gazette.

About an hour later, at 6pm, staff discovered that he had fallen from his balcony on the ninth floor.

“There was no evidence of drugs or alcohol in his room,” Deputy Superintendent Nikorn said.

The police investigation into the cause of Mr Faulkner’s death is ongoing, he added.