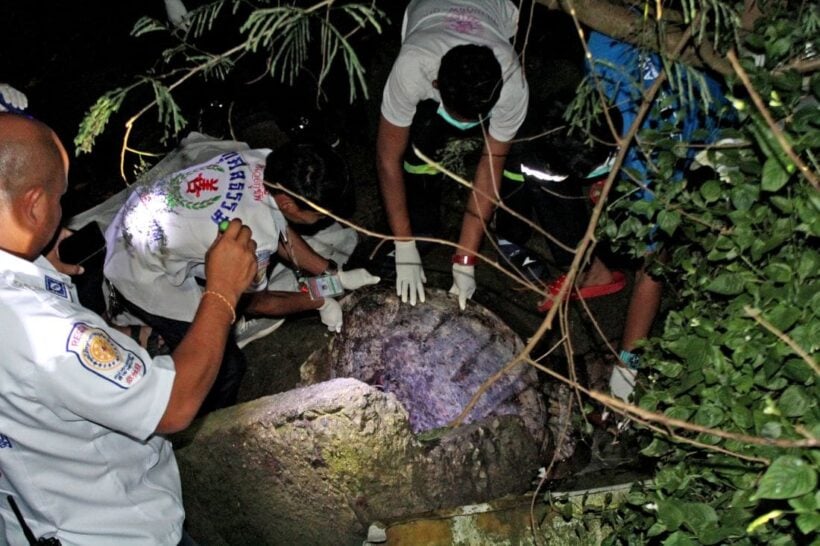 A headless green sea turtle, aged more 20 years, has been found dead under a rock at the mangrove forest area behind the Phuket incinerator near Saphan Hin.

Officials at the Phuket Marine Biology Centre (PMBC) were notified from locals last night that the sea turtle was found dead amongst the mangroves at the back of Phuket incinerator.

Kusoldharm rescue workers arrived to find the rotting body of the sea turtle stuck under a rock in amongst the mangrove reserve. The dead turtle has no head.

It is believed that the sea turtle died at least 5 days before the body was found. The remains of the sea turtle have been taken to the Phuket Marine Biology Centre (PMBC) for examination.

Security guards from the Phuket incinerator told rescue workers that locals were searching for fish when they found the dead turtle. They believed that the turtle might have been stuck in a fishing net and then washed to the shore by waves and the strong easterly winds.

A veterinarian at the Phuket Marine Biology Centre says that it is a green sea turtle probably aged more than 20 years old. It weighed about 80-90 kilograms.

Man arrested with 52,000 methamphetamine pills and 785 grams of crystal meth