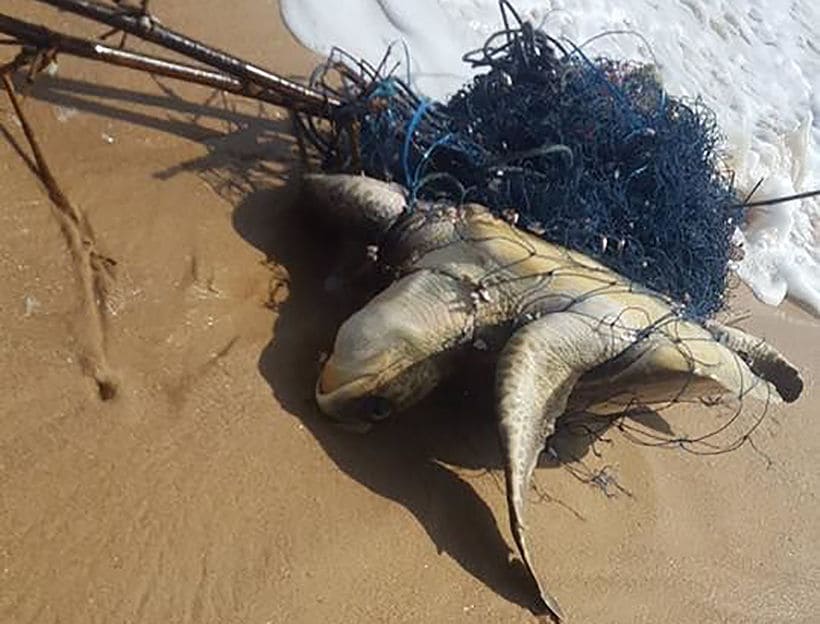 A sea turtle has been rescued from a fishing net off the coast of Phang Nga.

Khao Lampi Hat Thai Mueang National Park officers were notified that a sea turtle was tangled in a fishing net on the shores of Natai Beach in Kok Kloi, Phang Nga yesterday afternoon.

They arrived to find the male Olive Ridley sea turtle, 62 centimetres wide and 63 centimetres long, flailing, trying to free itself from the nylon net.

The turtle already had deep wounds from the fishing net when it was found. The turtle was taken to the Phuket Marine Biological Centre (PMBC) in Phuket for treatment. Once it has fully recovered it will be returned to the seas off Phang Nga. 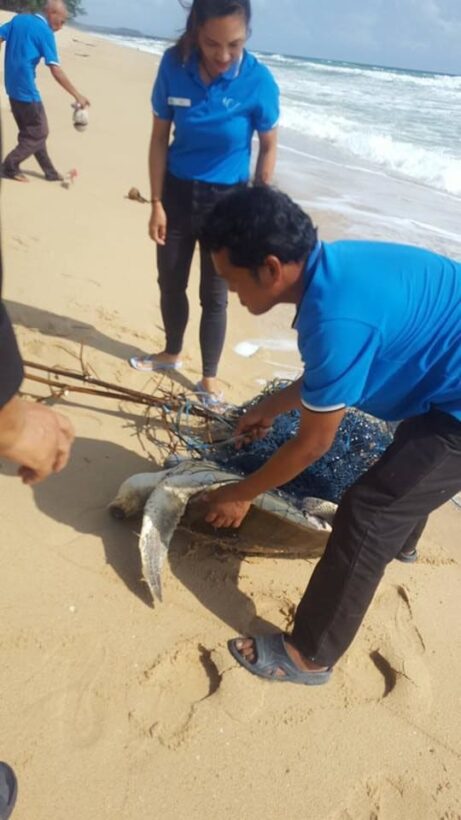 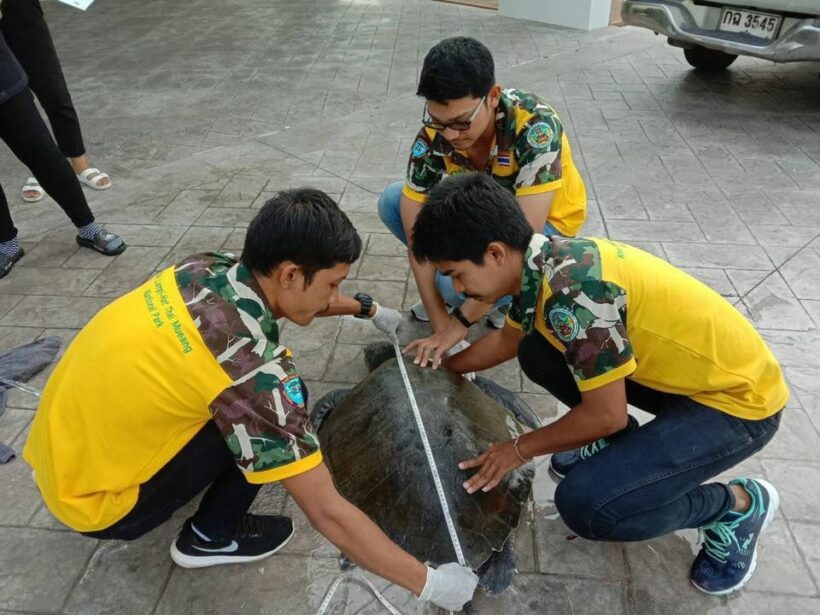