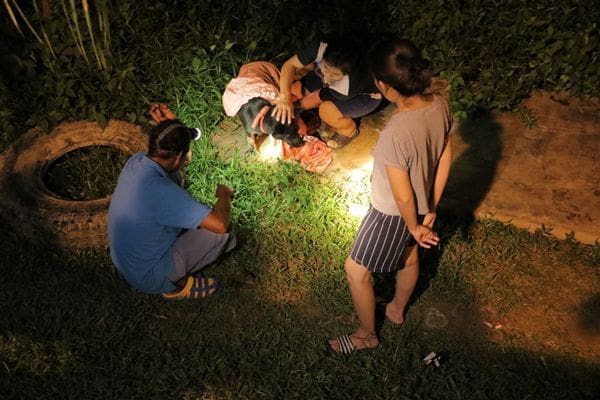 A dog in Phang Nga has been pulled out from mud near a canal yesterday following rain on the weekend. It has been named ‘Pabuk’.

Paweena Thongsap, a nurse, has reported to rescue workers that she found a weak dog in mud near a canal in Phang Nga city.

Officers from the Department of Disaster Prevention and Mitigation Phang Nga office arrived at the scene and rescued the dog from mud.

Khun Paweena says, “I saw the dog floating in the canal on Friday when there was heavy rain. Strong water currents washed the dog away. I thought that the dog had already drowned.

“Yesterday morning I found the dog stuck in mud. Now that it has been rescued we have named it ‘Pabuk’ after the name of the tropical storm. 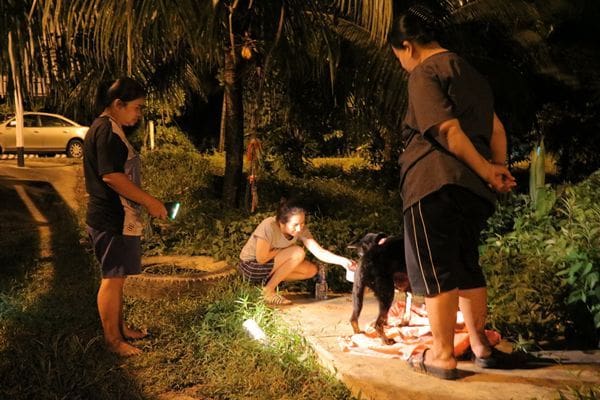 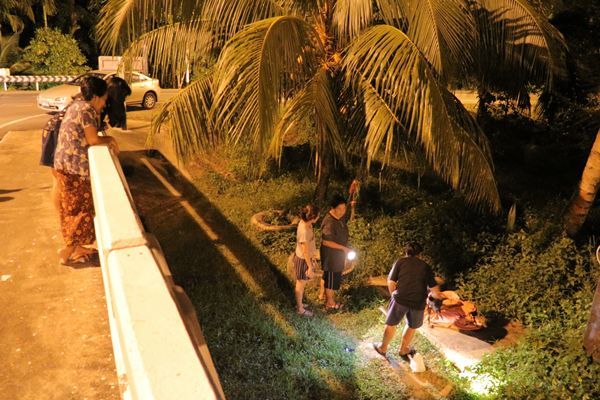 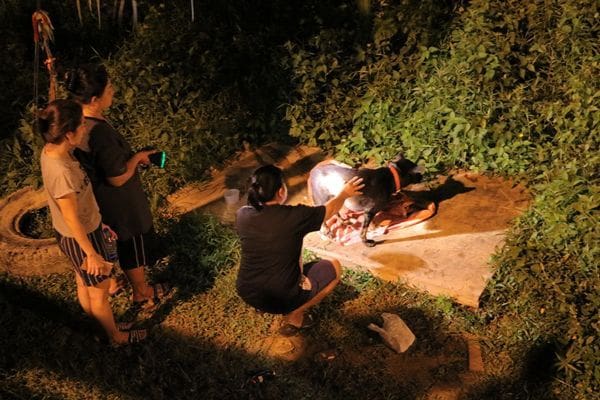