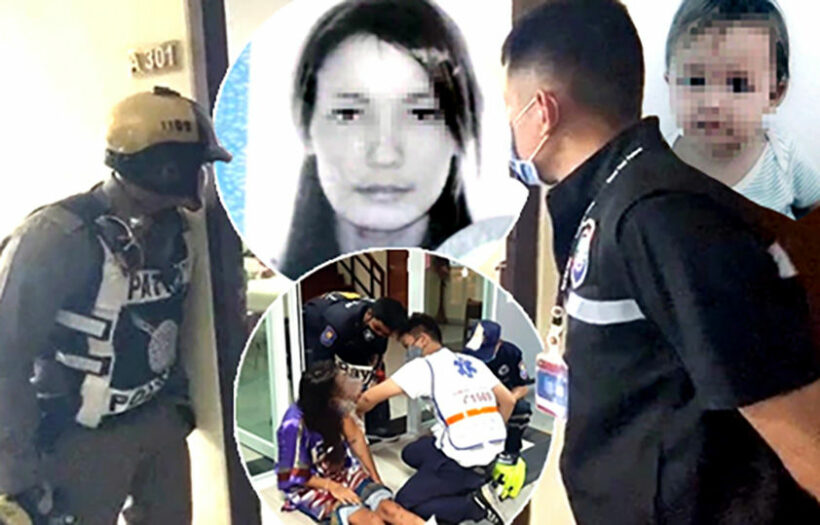 A Russian woman who allegedly murdered her one year old daughter and then tried to kill herself by jumping from a third-floor balcony, is denying all charges against her. 33 year old Anna Efimova appeared at Pattaya Provincial Court to answer the charges when she claimed her husband forced her to kill the child.

However, police say there is nothing to suggest that a husband was present, with the woman’s landlord saying she checked in just 3 days prior with only her baby daughter. Police claim nobody else visited or stayed at the apartment. Police reviewed CCTV footage from the complex to verify the comings and goings to the apartment and complex, adding that they found nobody else at the scene of the crime.

Efimova initially told police her husband had killed the child, later changing her story. The findings of forensic investigators indicate the child died as a result of blunt force trauma, apparently from being swung repeatedly against the bathroom toilet. Police found the child’s body in the bathroom, covered with towels and pieces of the broken toilet.

The child’s mother had jumped from the third floor in an apparent suicide attempt but sustained only minor injuries. Police confiscated marijuana found in the apartment, along with two bags of white powder )being tested for the presence of illegal narcotics). The woman has been discharged from the hospital and is now in police custody facing multiple charges, while officials attempt to contact her family.