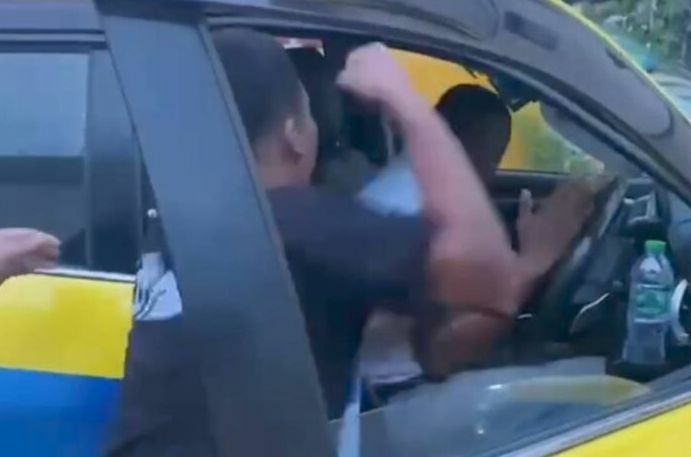 Tan punched the driver afterward, photo via The Pattaya News.

A young woman says a pervy taxi driver kissed her when she and her siblings were travelling home in Pattaya on Wednesday. The 20 year old said she and her brother and sister had ordered a taxi to get to their home in Chon Buri’s Bang Lamung district after a party. She says they got into a yellow and blue car with a middle-aged driver named Saman.

The woman said Saman seemed friendly when her siblings were in the car, but after a few minutes into a conversation, he suddenly showed that he had a knife. Saman said he always had one in his taxi to defend himself from intoxicated passengers.

After the brother and sister got thirsty, they stopped at a convenience store to buy water. The woman said she wasn’t feeling well, and waited in the car with Saman. She says Saman then leaned in to kiss her. The woman tried to keep calm despite being terrified, and Saman kept asking for her LINE ID and phone number. She waited for her siblings to get back in the car.

When Saman finally brought them all home, once they got out of the car, the woman ran to her brother in tears and told him what Saman had done. The 22 year old brother, Tan, then ran back to the car to confront Saman about his pervy behaviour.

Tan asked Saman what he had done to his sister, and Saman then claimed he had just given her an herbal inhaler that people sometimes use when they are sick. Saman said he did not kiss Tan’s sister. Tan admitted that he then punched Saman in the face. Tan then recorded a video of Saman’s face and posted it in a Facebook group with the message…

“Remember his face. This taxi driver carried a knife in his car. He pretended to be amicable, but then he tried to sexually abuse my younger sister. Be aware.” 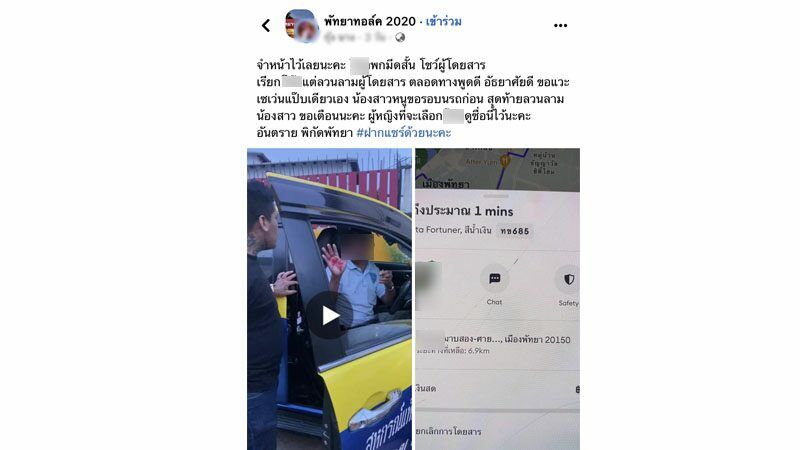 The traumatised young woman now warns other women to only ride with female taxi drivers, and always sit in the back and be careful. All siblings have now filed a police report. Some netizens commented that Saman has a history of sexual harassment.

Tim_Melb
If this guy has a history of this sort of behaviour as the article says, why is he still driving a taxi. The taxi system in Thailand is in desperate need of reform. In most civilised countries around the world…
Davelee
Herbal inhaler! 😆