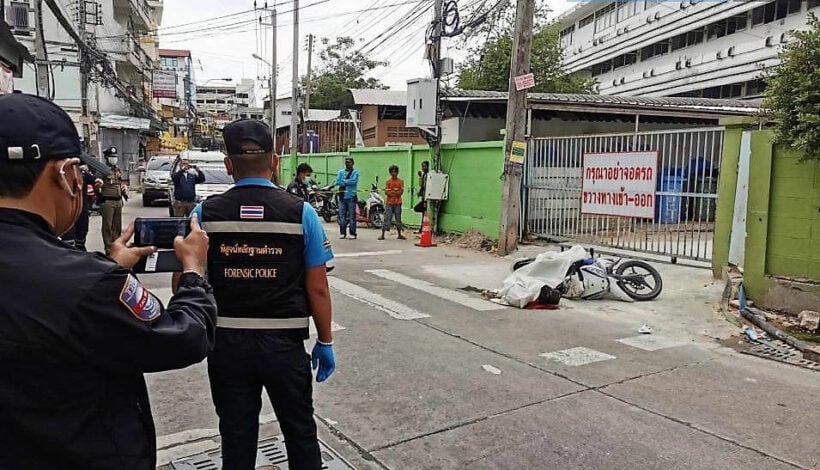 A Pattaya motorbike taxi driver has been shot dead in broad daylight at the back of a school. The driver had just dropped off a teacher in the area, which is close to the city’s Walking Street. The Pattaya News names him as 47 year old Prathum Saartnak, who died from a single bullet wound to the head that pierced his eye. A bullet shell was found nearby. His body has been taken to a local hospital and his family members have been contacted.

Prathum was stationed at Pattaya’s Bali Hai Plaza, the area around Pattaya Pier. 28 year old Paruesada Klabphong says she hired him at the pier after returning from a holiday on nearby Koh Larn. He then dropped her off at the back of the school. She says that just after she got off the motorbike, however, she heard the sound of a gunshot and when she looked back, she realised the driver had been shot. She says she didn’t see the culprit or notice anyone following them.

Police in Pattaya have launched an investigation and are reviewing CCTV in the area in an effort to identify the unknown perpetrator, who remains at large.