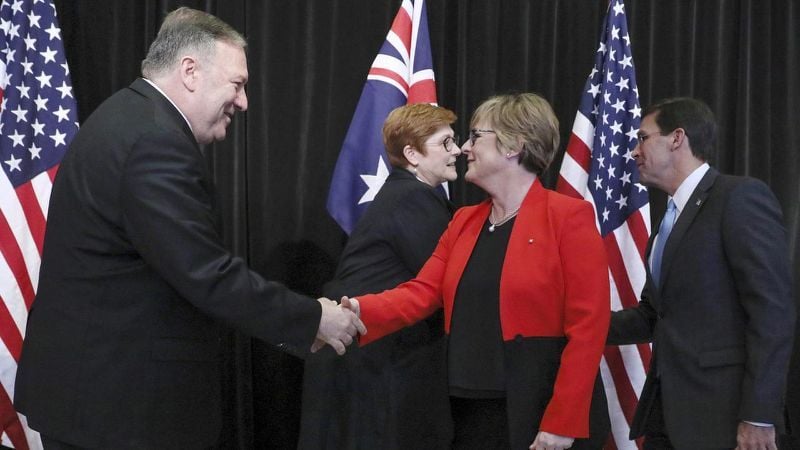 Australian and US foreign and defence ministers have taken a hawkish tone against China in the latest round of annual talks between the two countries. US Secretary of State Mike Pompeo set the tone for the talks saying to the the Australian ministers that the United States “knows the threats that you and the rest of the free world face”.

“And the United States stands with you in our unbreakable alliance.”

Just last Thursday the Australian government rejected to Beijing’s maritime claims in the South China Sea in a formal declaration to the UN, siding with Washington in the escalating territorial dispute in the seas loosely surrounded by Vietnam, southern China and The Philippines.

Australia said that there was “no legal basis” to Chinese claims in the South China Sea, including those related to the establishment of artificial islands on small reefs.

“Australia rejects China’s claim to ‘historic rights’ or ‘rights and interests’ as established in the long course of historical practice in the South China Sea.”

US Defence Secretary Mark Esper thanked the Australian government for its participation last week in exercises with a US carrier strike group, and a Japanese destroyer patrolling the Philippine Sea. Australia sent 5 warships as the 3 countries paraded in waters adjoining the South China Sea as a diplomatic protest against China’s ongoing maritime claims.

“These exercises not only bolster interoperability, but also send a clear signal to Beijing that we will fly, we will sail and we will operate wherever international law allows and defend the rights of our allies.”

After the talks the US and Australia announced on Tuesday that they will continue to expand military cooperation as tensions soar with China, presenting a common front between the allies. Both leaders – US President Donald Trump and Australian PM Scott Morrison – have ratcheted up their strong commentary opposing China’s increasing presence in the South China Sea as well as its more interventionist role in Hong Kong.

The US Secretary of State, Mike Pompeo hailed PM Morrison for refusing to “bow to Beijing’s wishes” after China recently retaliated by discouraging travel and trade with Australia and has hit back at accusations of waging cyberattacks against Australian government sites.

Last year Australia decided it would not serve as a base for US intermediate-range missiles, seen as a way to more directly target China. At the time Australian defence officials said it was “one step too far”.

But, in a joint statement, the countries’ ministers said they discussed expanding operations in the Northern Territory capital of Darwin, where US Marines have been serving since 2012 under an initiative of former US president Barack Obama. Darwin is Australia’s northern-most city.

Despite Australia’s long term reliance on trade, and friendly relations with China, Australian PM Scott Morrison’s right-leaning government has politically pivoted towards its long-time ally, the United States, in recent years. His government has also backed President Trump’s calls for an international investigation into “the origins of Covid-19 and spoken out in rejecting Beijing’s sweeping claims in the South China Sea.

For its part, China, along with President Trump’s domestic critics, accuse the US president, who is trailing in polls ahead of November’s presidential elections, of seizing on ‘China’ as an issue to divert from criticism of his own handling of the pandemic in the US. The US has suffered the highest case numbers and death toll of any country.

But the presumptive Democratic presidential opponent, Joe Biden is also vowing a tough approach on China on issues from trade to its incarceration of Uighur Muslims, to recent political clampdowns in its semi-autonomous ‘special economic zone’ of Hong Kong. 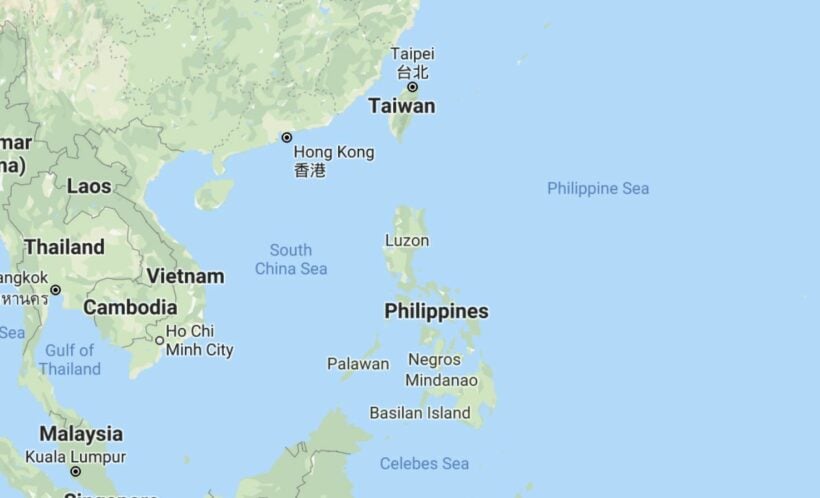