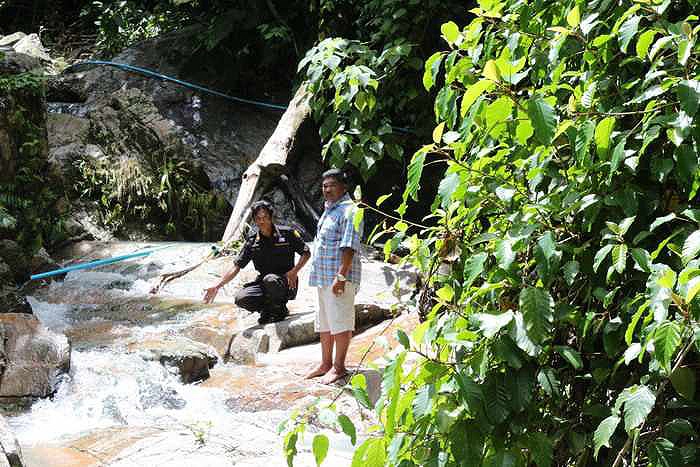 Patong Mayor, Chalermluck Kebsup, says that the Wang Kee Aon waterfall in the middle of Patong used to be the main attraction in Patong and HRH King Bhumibol Adulyadej 9 also paid a visit in 1959, which was an important early part of putting Patong on the domestic map for Thailand tourism.

“Since I have been the mayor of Patong, several local people have asked me to return the waterfall to the public as it’s a very important symbol to the Patong community, particularly with its links to the late King Rama 9. I remember that I used to go to the waterfall and played in the water.

“I raised money from local people and created the Wang Kee On Waterfall fund to buy the land in front of the waterfall, which cost about 10 million Baht. The process took about 4 months and the land owner is now transferring the ownership to the municipality.” 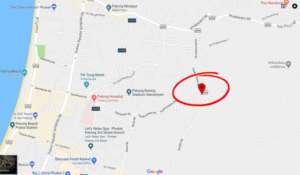 Mayor Chalermluck says that the first thing the municipality has done is to improve the water quality and flow by using the budget from Patong municipality to make separate drain pipes from houses in the area that released waste water to the waterfall. The water is now safe to swim in. But people still cannot walk to the top of the waterfall because of its natural structure so the municipality has adjusted added some stairs to provide easy access.

The houses’ walls that are right next to the waterfall will be hidden by stone walls and trees. A small dam will also be built to make the waterfall more noticeable. There is also a budget for a Wang Kee Aon Study Centre. Inside the building of the centre, there will be a sculpture commemorating the visit of HRH King Rama 9 at the waterfall as well as his visit to the Baan Mon community. 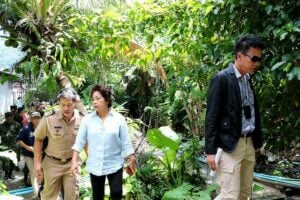