PHUKET: A monk in Samut Prakan has been defrocked – and is facing criminal charges – for kicking a senior monk in the neck during a ceremony attended by almost 100 other clergymen.

Bang Ya Phraek Temple monk Phra Thongthip, 52, attacked Phra Khru Sunthon Suttasan as the older holy man presided over a ceremony appointing a third monk as abbot of the temple.

The pugnacious clergyman claimed he attacked Phra Khru Sunthon because he was “stressed”.

Phra Khru Sunthon, chief monk of Bang Ya Phraek Subdistrict, showed up at Samrong Tai Police Station on the evening of January 13 to lodge a complaint.

Phra Khru Sunthon, 56, told officers he had been viciously attacked during a ceremony to appoint Phra Samu Prasatphorn as abbot of Bang Ya Phraek Temple.

After the ceremony was finished, he had prostrated himself in front of the principal Buddha image of the temple.

At this point, Phra Thongthip stood up, walked over to him and kicked him in the neck and body.

Other monks were forced to get up and separate Phra Thongthip from his victim.

After being taken to the police station by his fellow clergymen, Phra Thongthip confessed to the attack.

He said he was “stressed” and “could not control himself”. He said he had been getting treatment for his condition at a local hospital. 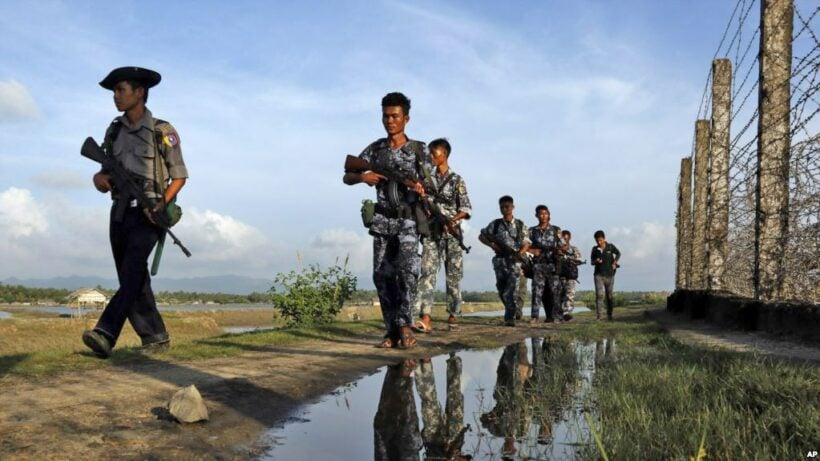 A definite case of penis envy 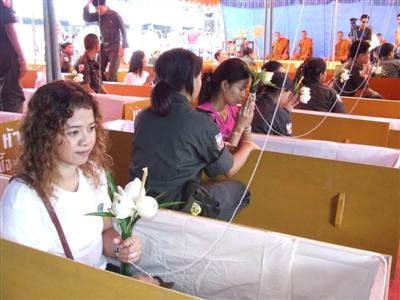 Morning of the living dead