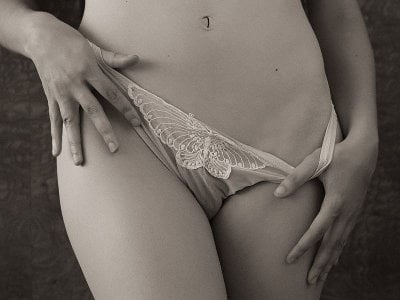 PHUKET: Police in Khon Kaen nabbed a thief with an unusual haul mid-December – more than 1,000 pairs of used women’s underwear.

The kinky culprit, Pathanin Kawikul, 26, told officers he used the undergarments – which he stole over a period of more than five years – for sexual gratification.

Police were alerted to Mr Pathanin’s bizarre activities when Phornphat Saetiao, 25, complained that a young man had stolen a pair of her underwear from her room in downtown Khon Kaen before fleeing on a scooter.

When police arrived at the house in Nai Muang Subdistrict, Khon Kaen, they found Mr Pathanin and arrested him.

The suspect admitted that he had stolen Ms Phornphat’s underwear.

He led the officers into a deserted house next door, where officers were surprised to find Mr Pathanin’s gargantuan underwear collection.

The suspect had enough pairs of ladies’ panties to fill three sacks. Most had been worn – and were unwashed.

Mrs Charoenphorn said her son had graduated from university and was soon to receive his bachelor’s degree.

However, she had noticed some strange behavior in her son over the past three years, she said.

Mr Pathanin liked to cut his fingers with a knife and watch the blood flow over his hands as if he could not feel pain, she said.

He also liked to spend large amounts of time in his room on his own.

The family had already taken Mr Pathanin to a mental hospital, where he had been given medicine, but his condition had not improved, she said.

She said that she and her husband were too poor to get proper treatment for their son as they worked fixing clothes by the side of the road.