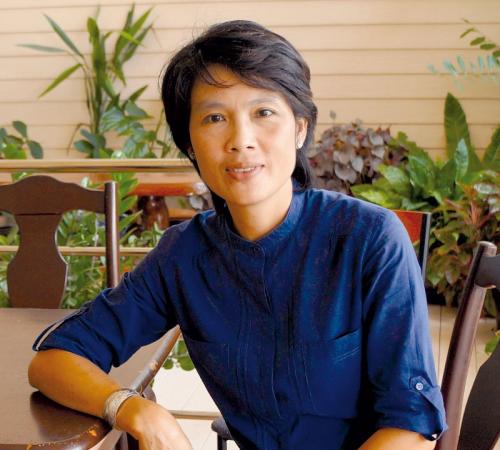 Jiranun Cheamcharoen, 46, from Ratchaburi, received a BA from Thammasat University and an MA from Ramkhamhaeng University. She has been a social worker since 1991 and the director of the Phuket Shelter for Children and Families on Koh Sireh for four years. Here, she talks about the difficulties of housing Rohingya children and what action she took after they ran away from the shelter.

PHUKET: When the Rohingya children ran away, the first thing my staff feared was me. They were afraid I would blame them. But I don’t blame them at all. We did our best to take care of them and worked 24 hours a day to look after them.

The responsibility of taking care of these children is not just ours, it is the responsibility of the province and the government as well. I didn’t want them to run away, nobody did. But our shelter is not set up to detain people. This is an open house for people who are in trouble and who need help from us and choose to live with us.

At our shelter, we generally take care of children and women with domestic problems.

We don’t do anything here to prevent people from running away because we are not a detention center. Our mandate is to provide accommodation and food, and give people a place to stay that’s better than the one they left.

We have 10 people working here, including only two men. We can’t have the men on night duty every night, so sometimes women have to be on night duty. The point is, we don’t have enough staff to stop people from running away.

The Rohingya children were a special case. They are refugees under age 18, and according to Thai law they cannot be detained as prisoners.

This is kind of a Catch-22: the government can’t detain them so they send them to us, but we’re not set up to detain them either. The only thing we can do to keep people from leaving is treat them well.

In any case, we accepted the Rohingya children into our home and treated them the same way we treat Thai people who live with us.

We provided them with a bed, three meals a day and the items they needed for daily life. I played football with them even though we couldn’t communicate because of language differences.

As with everyone else who stays here, we recorded the names of the children and photographed them. We keep case information on everyone in order to try to figure out the best way to help them. Most of the Rohingya children who ran away were over 15 years old.

Of course I am worried about them. This is not their country and they do not speak our language. Where can they live? What if one of them is injured in an accident?

I didn’t stop caring about them after they left. When we realized they were gone, we contacted the police and immigration and asked for help in searching for them.

My staff and I asked around this area to see if anyone had seen them. We asked imams to let us know if they saw them. We don’t have the authority to make them come back, but we can call the police and ask them to do that.

What else could I do? I am open to any suggestions. We are happy to work with other private or

official organizations. If anyone wants to send people to “guard” the shelter, I am willing to have them join us.

We wanted to help these children, but at the same time I know that living at our shelter was not their goal. I don’t know where they would rather be, I just know that no matter how hard we tried, they didn’t want to stay here.

It’s really beyond our ability and authority to fix the problem and satisfy everyone.