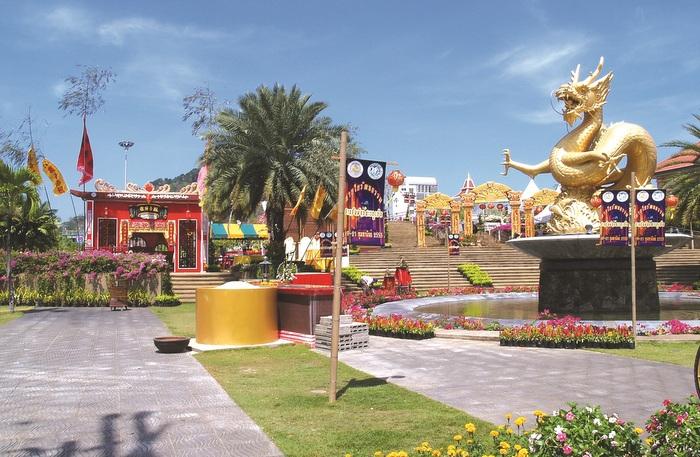 PHUKET: At first I was very hesitant to make the move from Chalong to Phuket Town.

When I first came to Phuket, everyone told me that Chalong was the best place to be, as it is central to the beaches and Town. And I have to agree, it is a really great location. However, to get anywhere requires a motorbike and the traffic is becoming worse by the week.

With the high season coming up and tourists riding around like they are in a video game, I decided that it was time to make a move.

Although I love the beaches and would have loved to relocate toward Nai Harn, my job in Cherng Talay would have made a very long and difficult commute, not to mention that it most definitely would not solve the traffic problem.

The decision to move to town was made very rapidly.

I had spent the weekend with my friend who lives in a condo right in town. Throughout those few days, we were able to walk to different bars, shop at both the Indie and Walking Street markets, eat brunch at different coffee shops, and wander around the different stores.

It reminded me of the old college town where I spent time in my early twenties.

The traffic was surprisingly not bad when we did have to drive anywhere and parking spaces were always available.

After the weekend was over, I knew that I had found my new Phuket home.

It was closer to work, not much further from the beaches, and always has something to do.

I also found during my weekend adventure that people in town were exceptionally nice and willing to speak in Thai with me. Whenever I have tried to speak Thai before, I have often been met with snide comments or rude looks that scream, ‘I can understand English’. But the fact is, I want to speak Thai and have found it very difficult to learn, as a lot of people are not willing to speak it with me.

I think that Phuket Town will be a good fit for all of my needs. I hope that it will be able to maintain its charm through the influx of tourists and growing population on the island. Until then, I will sit back and enjoy all of the things it has to offer me.

Letter from the Governor: Helping those in need

Opinion: Keeping up the pressure to rid Phuket of jet-skis