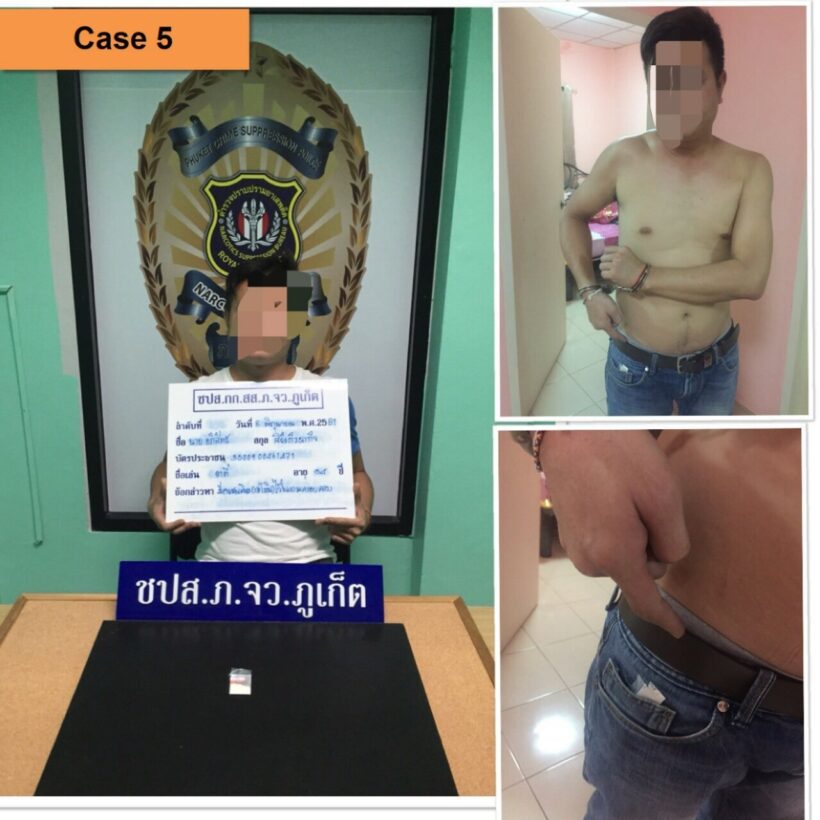 On Monday (June 4), Police arrested 22 year old Chaianan ‘Ham’ Kaewamporn at a house in Kathu. Police seized 3.37 grams of crystal methamphetamine. He was taken to the Kathu Police Station.

On Tuesday (June 5) police arrested 34 year old Apisit ‘R-tee’ at a house in Dowroong housing estate in Wichit. Police seized 0.64 grams of heroin. He was taken to Wichit Police Station.

They have been all charged with possession of Category 1 drugs with intent to sell.

Police didn’t reveal that the four cases were related except to say that the first arrest provided them with valuable information that led to further arrests.