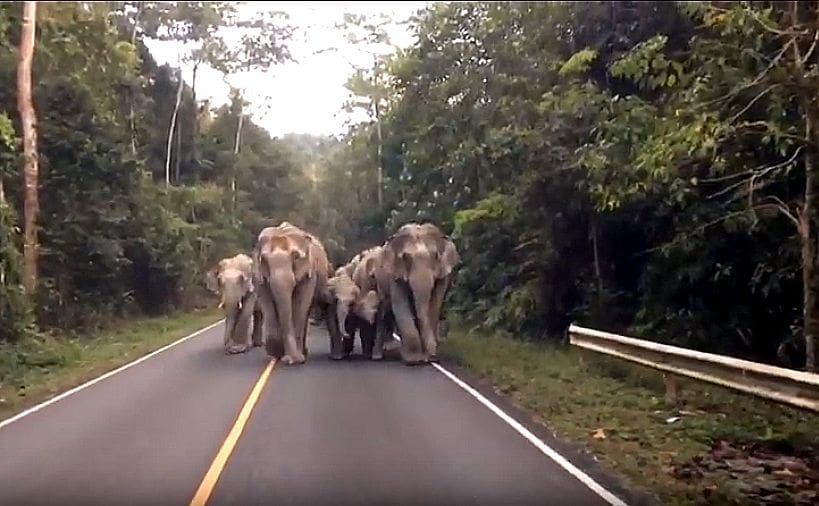 Officials say the local elephants have become used to using the main road as a thoroughfare rather than trudging through the jungle and that spectators should be cautious if confronted by some road-strolling pachyderms.

The Khao Yai National Park chief, Kanchit Srinoppawan, says it’s unusual to see such a big herd on the road, and it’s still unclear why they have taken to the asphalt.

Park officials have put together a special task force in several locations across the park to monitor wild animals and keep tourists safe as the park’s peak season approaches.

Elephant and human interaction has not ended well all the time resulting in injuries and smashed vehicles.

Visitors have been advised stop the car at least 30 metres from any elephant they encounter on the roads while driving. If an elephant approaches the car, they should slowly drive backward or park until the elephants departs. The advice is not to yell or toot the horn at them. 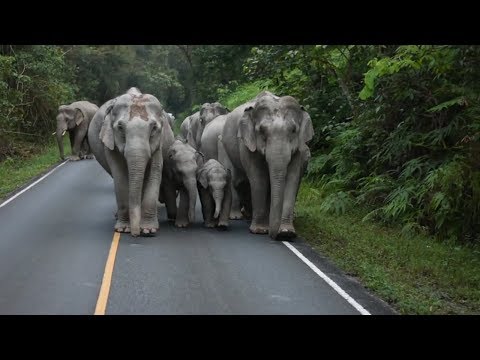 A tonne of marijuana seized on the banks of the Mekong

One killed and 29 injured as bus overturns in Khon Kaen