A grandpa in the northeastern province of Surin couldn’t take it anymore and decided to file a police report after a school principal gave his 10 year old grandson a head injury. The statement alleges that the principal threatened to beat the boy to death and to “eat the child’s liver with whisky.” 83 year old “Supon” filed the report at the Sanom Police Station in Surin Sanook News Team reports.

Supon alleges that the principal called his grandson in for a talk, and beat the boy on the head and arms so badly that the boy ended up with a bleeding 10 centimetre head wound. Officials went to inspect the school and a meeting took place with the school’s principal during which he admitted that the report was true. 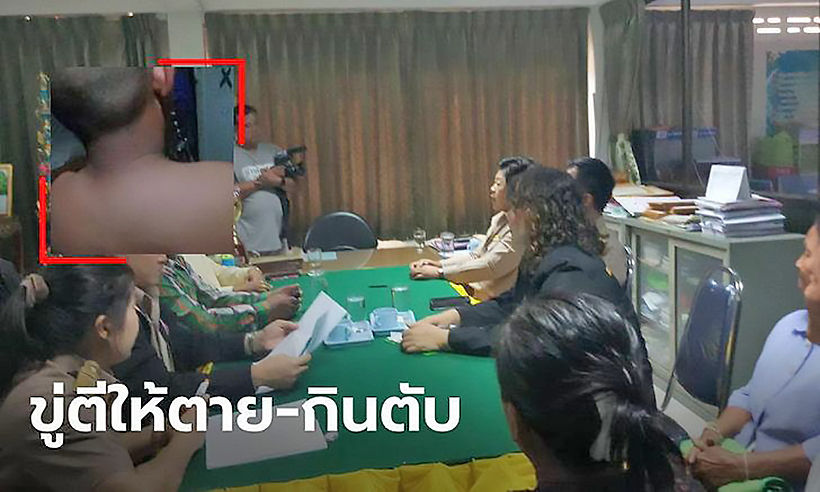 Supon complained that what happened to his grandson shouldn’t happen in this day and age. The principal says he hit the child because he could no longer handle the boy’s behaviour. Every day the boy would be called in to meet the principal at least 3 times. He was angry and told the child that he should be beaten to death and his liver eaten with whisky. This scared the boy so badly he refused to go to school for 3 days.

Nattanee Anusasnan an official of the Provincial Social Development and Human Security Office, stated that the topic is very sensitive. “The boy is young and he is still learning. No matter how much he is acting out there should be a better solution than violence. Parents should understand if a child prefers book study or sports and choose appropriately the school that matches the child.”

She hoped the boy’s parents and the principal could come to an agreement, but the case will be dealt with by police and according to law.