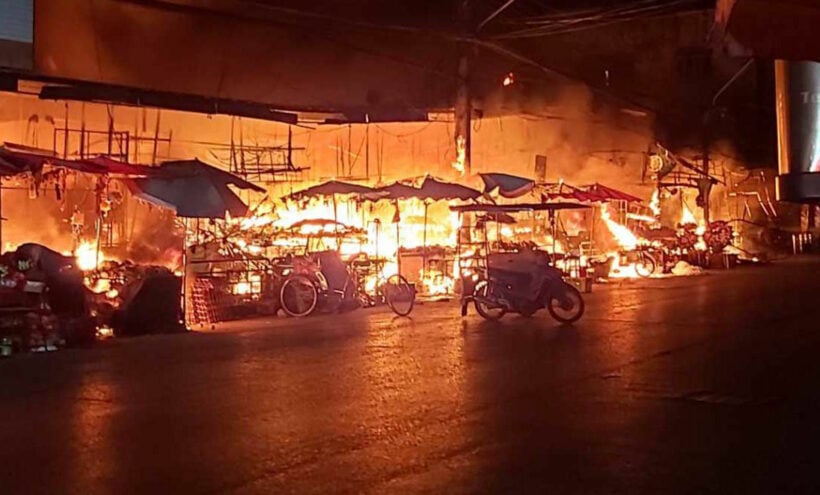 Following a fire on Sunday night that ripped through the Mae Kim Heng market in Nakorn Ratchasima (Korat), north-eastern Thailand, the provincial government has provided tents for over 100 affected vendors. The Nation reports that the blaze started in a flower shop near the front of the market, where a large volume of foam blocks, used in floral displays, were being stored.

The fire went on to destroy two units of a commercial building adjacent to the market, leading to 50 million baht in damages. Half of the market was also destroyed, with its steel-structure roof collapsing.

The owner of the flower shop, Somporn Palatwong, says she had flowers in stock ready for Father’s Day on Thursday, and estimates that she has incurred damages amounting to approximately 500,000 baht.

It’s understood that in addition to the tents provided by local officials, market traders are also eligible for a new temporary area in which to conduct business, while government engineers examine the structure of the marketplace and officials work to establish what caused the fire.

They expect to have an official report ready next week.