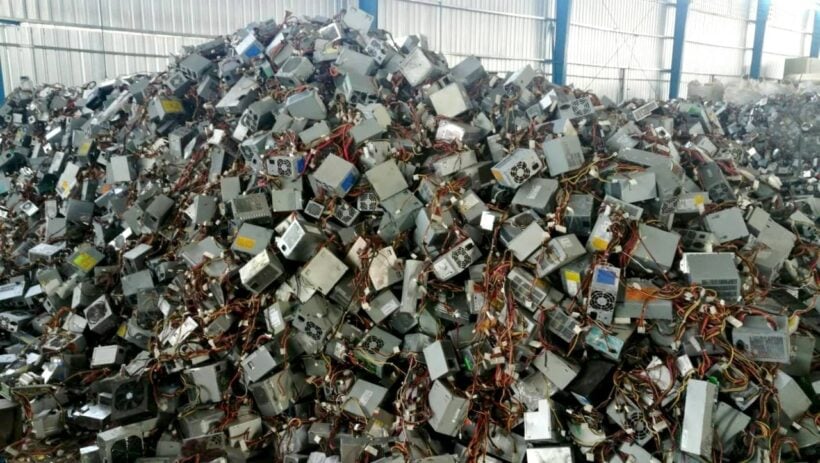 Thai PBS is reporting that about 260,000 tonnes of trash have been imported into Thailand in the first five months of this year period this year. This compares to 116,000 tonnes imported for the whole of 2017, said This from the Customs Department spokesman Mr Chaiyuth Khamkhun. He added that, of the trash imported this year, it included 52,200 tonnes of electronic waste.

He attributes the substantial increase of imported wastes, especially from China, to the Chinese government’s ban on the importation of electronic trash and plastic trash for recycling.

In anticipation of the rising trend of electronic trash and plastic trash being imported from China and Hong Kong, Mr Chaiyuth said that a joint working group of the Customs and Industrial Works departments had decided to adopt six measures under the Basel Convention to control import of the two types of trash especially from China. This would include the requirement that all containers of imported trash be X-rayed instead of random check as was the current situation.

Since the adoption of tougher measures, Khun Chaiyuth says that Customs officials had checked 73 suspicious containers and were in the process of returning 40 containers to countries of origin after five trash separation plants had their licenses suspended for defying trash import conditions.